Top 10: Outsourcing Companies in the World Outsourcing, in some places, used to be a word with a fairly negative connotation. Gripes about lost jobs and the disregard of the local economy were...

Outsourcing, in some places, used to be a word with a fairly negative connotation. Gripes about lost jobs and the disregard of the local economy were factors that put the term in such an unfavorable position. In the last five or ten years, however, there has been a major shift in the way people think about outsourcing. It’s no longer an option as much as it is a necessity. Most notably, outsourcing frees up valuable space and time for companies to focus on core areas of business, rather than tying up considerable company funds in something that can easily and cost-effectively be done somewhere else.

So what defines a world-class outsourcing company? First, professional outsourcers (the good ones) must have a worldwide presence. They must be able to help their clients utilize every available resource in a seriously globalized market. That’s number one. Secondly, service providers must offer a certain level of operational expertise with a strong pool of talent to fit a business’s most specialized needs. They have to prove that they can improve day-to-day operations with measurable and quantifiable key performance indicators. Purchasing managers love benchmarks and statistics because they show areas where improvements can be made. Finally, the complex outsourcing business relationship between partners must have benefits for both sides. There has to be a certain trade off so that both sides see a mutual benefit to doing business together.

So who does it the best? Step into our Top 10 and find out as we explore the best outsourcing companies in the world.

10. Capgemini
A French IT company, Capgemini is present in over 36 countries with a staff well over 100,000. Major partnerships include Intel and Microsoft. Capgemini’s business goals include expertise, ensuring sustainable and long-term growth and providing a return on investment to its shareholders.

9. ISS
ISS is ranked one of the top companies in the world when it comes to facility services and management. Whether it’s cleaning, catering, office support, property service, security or total facility management, Denmark-based ISS is equipped to meet any and all of your facility needs. “The ISS Way” focuses on further aligning the business model and strengthening knowledge-sharing abilities.

8. ScienceSoft
ScienceSoft is a U.S. based provider of IT consulting services, and was founded in 1989. ScienceSoft uses its experience to deliver custom and platform-based solutions to companies in healthcare, banking, retail, telecommunications and more industries. The company also has partnerships with Microsoft, IBM, Oracle, Salesforce and other industry leaders to ensure reliability and originality.

5. Sodexo
Based in Issy-les-Moulineaux, France, Sodexo is global food services outsourcing company that specializes in facility and vendor management. Revenues at Sodexo in 2009 reached $14.7 billion Euros in 2009 alone. Sodexo serves more than 10 million customers per day, manages 700 facility sites and dishes out 9.3 million meals each day.

4. ACS—Affiliated Computer Services
Many of the services at Texas-based ACS come by way of HR outsourcing, but the company is more than equipped to achieve anything from finance BPO to IT outsourcing. The company generated a modest $6 billion annually and recently it installed a 100-percent contactless ticketing solution in the Houston transportation system. Another ACS project, a fully-automated hospital, helped a customer see savings upwards of $2 million.

3. Wipro Technologies
Bangalore, India
An India-based IT specialist, WiPro Technologies specializes in “Total Outsourcing” which has targets geared towards achieving specific IT objectives. Wipro can provide IT infrastructure solutions that seamlessly align with the organizational processes and practices of any business. They are one of the world’s top technology vendors and are widely considered the outsourcing partner of choice for IT-specific infrastructures.

2. IBM
The technology giant is based in Armonk, New York, but maintains a reputation as a global entity that specializes in technology outsourcing service. IBM started touting “Next-Generation BPO” in 2010 and the company gives customers every available resource to make an informed decision on whether to outsource its technology needs. (Trust us, this is a smart play) Key figures from IBM include supply chain savings anywhere from $3 to 5 billion each year and over $500 million in productivity improvement.

1. Accenture
“High Performance. Delivered.”
Accenture moved its head quarters to Dublin, Ireland in 2009, but that didn’t stop us from naming the outsourcing specialist the top outsourcing company in the world. Accenture’s net revenue sailed to $21.55 billion in 2010. Major clients include three-fourths of the Fortune Global 500 and Accenture’s outsourcing services range from application and infrastructure to BPO and bundled outsourcing. It has offices in more than 200 cities in 53 countries. It also headlines the WGC Accenture Match Play Championship in Tucson, Ariz., one of the most bad ass golf tournaments in the world. Well played, Accenture.

This article looks a lot better in the February edition of Supply Chain Digital. Check it out HERE. 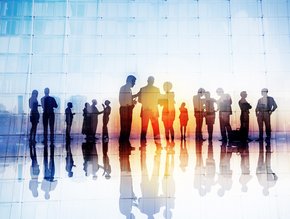 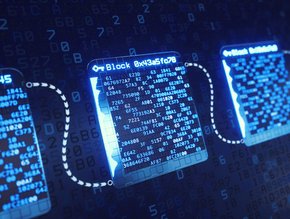 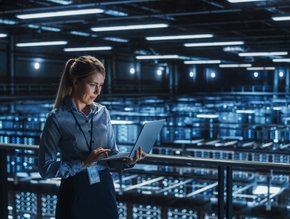