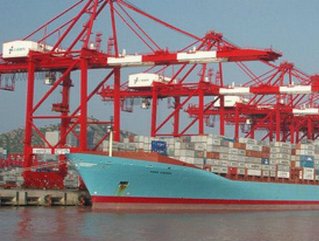 By Travelex There are various factors which can be used to assess how ‘busy&rsq...

There are various factors which can be used to assess how ‘busy’ or ‘large’ a port is; this could be a reference to the area covered by the port, the amount of traffic handled or the gross tonnage processed. With no standardised method of analysing traffic, various nations around the world claim to boast the largest port in the world.

This top ten list of global ports has been made in consideration of size, gross tonnage handled and the role that these ports play in the import and export capabilities of the nations they serve and in international imports and exports.

Though small in comparison to ports around the globe and covering a mere 1.4 square miles, the Port of Felixstowe on the Suffolk coast accounts for almost half of Britain’s container trade. According to the Journal of Commerce, this North Sea port processes more than 3.4 million TEU’s (Twenty-foot Equivalent Units) every year and connects the UK to more than 360 other global ports.

Germany’s ‘Gateway to the World’ is the nation’s largest port and the third largest in Europe, behind Rotterdam and Antwerp.

In 2012, the gross tonnage of cargo processed by the port increased by 4.4 percent and reached 130.9 million tons, as documented by the Port of Hamburg Authority.

The naturally deep anchorage of this harbour has led to Port Hedland becoming one of the highest tonnage ports in all of Oceania.

In 2011, the port handled in excess of 199 million tons of cargo, more than any port in the history of Australia. Exports for Port Hedland include iron ore, of which the port is one of the largest handlers in the world.

Located in the city of Dubai, the Port of Jebel Ali is the largest man-made harbour in the world and the Middle East’s biggest port.

With links to the Dubai International Airport Cargo Village, this port is the epicentre for international imports and exports in the Middle East, and boasts a transit time between ship and plane of just four fours, a time period unrivalled by any other port.

As you might expect, the largest port in the United States falls along the mammoth expanse of the great Mississippi River.

As well as occupying a top spot in the world largest shipping ports and the largest in America, the Port of South Louisiana is also one of the biggest bulk cargo ports in the world. As recorded in the First Quarter 2013 Tonnage Report, the Port of South Louisiana accounts for up 70 percent of the nation’s grain exports, including wheat, soy and corn.

Like many of the world’s largest and busiest ports, Hong Kong in the South China Sea is a natural harbour and accounts for the cities strong presence in the world market.

The Port of Hong Kong is dominated by container traffic and for a proportion of the late 20th Century, was one world’s busiest container ports serving South-East Asia.

One of the fastest growing ports in the world, Tanjung Pelepas on the mouth of Pulai River is expected to handle more 10.4 TEU’s by the end of 2014, a mere 14 years since the port commenced operations.

If the expansion of the port continues at its present rate, Tanjung Pelepas could overtake the likes of Singapore in terms of container traffic. Maersk Sealand and the Evergreen Marine Corporation, the two largest shipping companies in the world, have already moved operations from Singapore to this Malaysian port.

For the larger part of the 20th century, the Netherlands was able to boast the busiest port in the world, in terms of cargo tonnage. That is, until the 41 square mile Port of Rotterdam was overtaken by counterparts in the Far East.

Rotterdam still holds the top position of the busiest port in Europe. And with a draft of 74 feet, the Port of Rotterdam occupies a unique position as one of only two ports in the world that can accommodate the world’s largest cargo ship, the MS Berge Stahl.

The origins of this port date back to the 13th century, when Singapore was a significant location for the exportation of cotton, glassware and ceramics for the international market.

Nowadays, the port handles more than 420 million tons of cargo every year and is ranked first in terms of containerised traffic. It also handles almost a quarter of the world’s shipping containers and connects Singapore to more than 600 global ports.

It may only be by a small margin, considering that the Port of Singapore handles approximately half a million TUE’s less than this Chinese port, but the Port of Shanghai maintains its status as largest and busiest port in the world.

Though the difference in cargo capabilities of Singapore and Shanghai may seem relatively small, Shanghai’s increasing expansion indicates that the future will increase the gap between these two global ports, with Shanghai leading the way.

According to ShipTechnology.com, in 2012 the Port of Shanghai handled over 736 million tons of cargo, ranking it the busiest in the world.

At the heart of Chinese commerce, the Port of Shanghai is responsible for a quarter of the country’s foreign trade. Occupying a geographically crucial space at the head of three of China’s rivers –  the Yangtze, Huangpu and Qiatang – Shanghai is China’s gateway to the East China Sea and the international market. 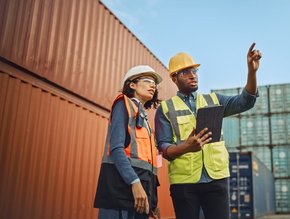 With ESG a top priority in the supply chain, we investigate the top 10 companies committed to implementing DEI initiatives in recruitment and partnerships… 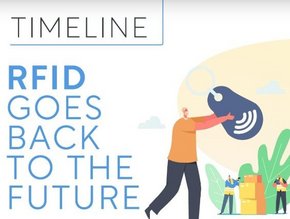 For a technology that has been with us for more than 80 years, RFID (radio frequency identification) is as vital as ever, being at the heart of omnichannel… 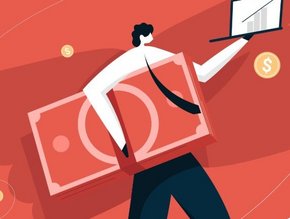 Procure-to-pay (P2P) solutions strengthen the procurement process - from requisitions through to invoice payments, & we look at the top platform providers…