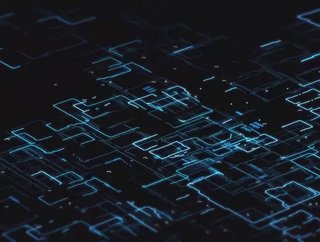 A new report has revealed the leading providers of contract lifecycle management (CLM) solutions, with SAP named amongst the eight global firms. Zycus...

A new report has revealed the leading providers of contract lifecycle management (CLM) solutions, with SAP named amongst the eight global firms.

The report assessed the leading organisations against a 33 point assessment criteria, which looked at market presence, integration and contract approval as key metrics for competitive advantage.

The aim of the report is to “help CIOs and their business partners make the right choice.” It looks address the growing CLM market and assess how companies like SAP and Coupa can address procurement challenges surrounding suppliers and cost efficiencies through a single suite solution.

Forrester Wave assessed the eight vendors on their CLM products for multiple industries, source-to-contract suites that includes CLM and generated at least US$12-15mn in CLM revenues.

Who are the “Leaders” in CLM solutions?

“Zycus shows strengths in CLM and the rest of its suite with AI leadership. Zycus has built its ePurchasing suite organically over the years, starting with spend analytics, adding sourcing and CLM, and following up with supplier risk and performance management (SRPM), eProcurement, and eInvoicing,” says the report.  Its CLM solution will be “attractive to clients in the US, Europe, Australia, India, Southeast Asia, and the Middle East that are looking for a CLM solution as part of a source-to-contract suite.”

“SAP Ariba provides a mature CLM solution in a mature source-to-contract suite. SAP Ariba has one of the largest source-to-contract suites in terms of clients, with its eSourcing, spend analytics, CLM, and SRPM products on the same code base for more than 10 years. Its contract creation and contract repository functions are generally more advanced than most of its sourceto-contract CLM competitors but on par with the average among all-contracts CLM vendors.”

“Coupa emphasises ease of use in CLM as it does in the rest of its suite. Coupa entered the CLM market with its 2016 acquisition of Contractually. It rewrote the Contractually product to match the code base in its other products and added some functions, using the same UI as in the rest of its suite. Its contract creation and contract repository functions are on par with its source-to-contract CLM competitors and inferior to those of most all-contract CLMs. Its contract approval and contract optimization functions are stronger than those of its source-to-contract CLM competitors.”

Read The Forrester Wave™: Contract Lifecycle Management For Source-To-Contract Suites, Q1 2019: The Eight Providers of CLM Solutions for Source-to-Contract Suites that Matter Most and How They Stack Up.