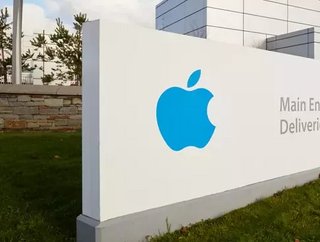 As the rift between the US and China deepens, South Korean companies could form the foundation of Apple’s future EV supply chain

We’re no rumourmongers, but it seems as if Apple is talking to multiple Korean semiconductor and display manufacturers. Although an electric iCar may still be a little ways off, the corporation wants to make connections for future EV projects. As the Korea Times reports, Apple officials have been in Korea for business talks in the semiconductor and display sectors. These companies are major EV players in the Korean market: SK Innovation makes EV batteries; LG Electronics just established an e-Powertrain venture. Both are valuable EV suppliers.

A senior executive told the Korea Times: ‘Without partnerships with Korean vendors, Apple won’t be able to complete its EV business plan. As far as I know, Apple has talked with LG, SK, and Hanwha, though the talks are still in the early stage’.

According to Fitch Solutions, South Korea has announced over US$500mn worth of investments in its domestic EV supply chains. Over the past decade, the region has seen increased interest in lithium extraction and EV driving motor cores, which is partly fueled by the Korean government. This means that through 2025, South Korea’s three battery-producing behemoths will invest billions in electric vehicles.

As a result, it’ll have a vibrant EV industry from which foreign firms will also seek to source.  ‘The Apple Car is expected to go into production by 2024’, says Maria Merano in Teslarati. ‘For now, however, the company seems to be setting the groundwork’.

So what’s going to happen? Well, says Baek Byung-yeul in the Korea Times, since Apple already outsources its iPhone, iPad, and MacBook supply chain operations, it’s expected to do the same for its electric vehicles. But here’s the catch: the Biden administration has made it quite clear that companies will benefit from centring their operations in the US.

If Apple follows through on its talks with Korean battery firms, however, it could get the best of both continents. According to Byung-yeul, LG Energy Solutions and SK Innovation already operate or will launch American battery-manufacturing factories. SDI is considering opening up a US battery plant. And this brings us to the heart of Apple’s EV strategy: get expertise from APAC, bring it to the US—and reap the rewards.