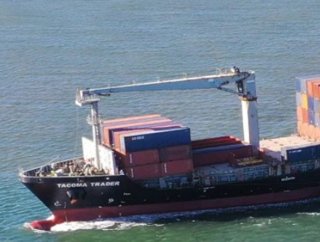 Supply chains cause 75% of carbon emissions, and McKinsey reports it's hardest for mining sector to combat this. But mining giant BHP has found a way

With three-quarters of greenhouse gas (GHG) emissions being associated with supply chains, the pressure is on for leading companies to find ways to drive down emissions beyond their own operations.

According to the US Environmental Protection Agency, more than 75% of GHG emissions associated with most industry sectors come from their supply chain.

It is a long-standing issue. As far back as 2008, 34 multinational corporations asked suppliers to report their GHG emissions inventories through a not-for-profit organisation called the Carbon Disclosure Project (CDP) Supply Chain Program. The CDP collects GHG emissions information from corporations on behalf of the financial investor community.

The mining and shipping industries in particular face major challenges in creating economically sustainable supply chains. McKinsey reports that it would take 41 fully dedicated zero-emission vessels to decarbonise all iron-ore trade between Australia and Japan, for example, while the first Ammonia-powered ship is unlikely to enter service before 2025.

But Australian mining giant BHP is beginning to make a dent in its supply chain GHG emissions, by reducing transport times for the shipping of supplies from Singapore to Western Australia by six days. This will cut GHG emissions by up to 75% on the route.

BHP is an Anglo-Australian multinational mining, metals and petroleum company headquartered in Melbourne, Victoria, Australia.  It has more than 80,000 employees and contractors. The move will reduce emissions associated with the transportation of re-routed goods of up to 75% of CO2 per container.

BHP has been trialling direct shipping through Singapore to Port Hedland in Western Australia since 2020. It will now ship 7.5% of the containerised supplies it receives into its Western Australian Iron Ore operations (WAIO).

Before the trial , BHP supplies for WAIO were shipped to the Port of Fremantle , before being transported 1,650kms by road to Hedland. The direct route is expected to keep around 900 trailers off the route from Fremantle to Port Hedland.