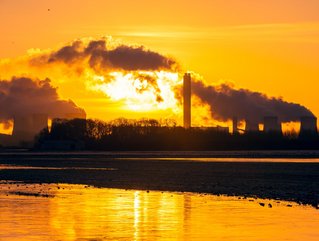 Landmark new rules to help the food and drink sector measure its supply chain carbon emissions will not include the need for mandatory public reporting, it has emerged.

Wrap recently launched a consultation on plans for sector-wide measurement and reporting protocols that would see retailers, suppliers and hospitality companies apply a common set of rules. Wrap is a UK-based charity that works with governments and businesses worldwide to generate evidence-based solutions to promote sustainability.

Its consultation was prompted by concern that different sustainability reporting protocols among companies has led to inertia on sustainability in food and drink.

It was expected that the UK government was drawing up plans to introduce mandatory reporting for so-called Scope 3 emissions as part of its net zero agenda.

Scope 3 emissions are a big problem in the global move to net zero by 2050, because they are produced in the value chain - both from suppliers but also products, when customers use them.

Now, stakeholders being consulted on the Wrap document have reportedly been told it is “highly likely” there will not be no requirement for public reporting under the protocols. It is understood that insufficient data quality is the reason behind the decision.

“It doesn’t close the door to public reporting but there is a question mark over how meaningful public reporting can be, given where we are with the data,” a source told The Grocer, a UK online and print magazine covering the food and drink industry.

The source said that it was a “lack of consistent data around goods purchased” that was the problem. News that no public reporting will be required in the UK raises concerns that a similar situation will emerge in other countries.

Wrap is a key international player in sustainability, and although its protocols are voluntary it was intended they become an agreed standard of the food and drink industries, and that companies that fail to comply would face huge scrutiny.

But with no public reporting - at least until sustainability data is more robust - the question now is how meaningful that scrutiny will be.

The development comes at a time when there is unprecedented appetite among investors and analysts to have a clear view of companies’ Scope 3 emissions in their supply chains.

According to a report from Sentieo - a financial and corporate research platform for investment analysts - execs are being asked more questions about Scope 3 emissions at earnings calls than any other subject.

A big concern among investors is that a lack of scrutiny makes it possible for businesses to ‘greenwash’ - the practice of talking a good game on sustainability without following through with positive action.

Now, instead of public reporting, Wrap looks set to fall back on science-based targets that it has drawn-up in conjunction with a number of international sustainability and environmental bodies, including the United Nations Global Compact, the World Resources Institute, the World Wide Fund for Nature and CDP, an international non-profit organisation that helps companies and cities disclose their environmental impact.

Currently around 1,000 companies worldwide have signed up to Wrap’s climate reduction targets.