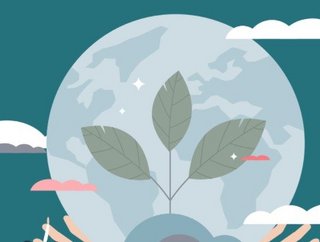 Sustainability is near the top of virtually every agenda these days. COP26, held in Glasgow in October 2021, served to confirm that the global move to net-zero carbon emissions by 2050 is no mere goal, but an operational reality at governmental and boardroom level.

But of course, aiming for net zero and knowing how to achieve it are discrete things. What we do know for sure is supply chains have a huge role to play in the sustainability bid. According to McKinsey, supply chains account for more than 80% of greenhouse gas (GHG) emissions.

The pressing need for sustainable supply chains means that there is now an urgent need for businesses to be sure that their supply chain vendors are on-point when it comes to net zero goals. This can be a problem for multinational businesses, who can have thousands of third-party vendors, upstream and downstream.

But how can a business know if a supplier is truly green, or merely ‘greenwashing’ — by talking the sustainability talk, but not walking the walk? In a word — certification. Supply chain managers who want assurances their vendors are pukka green then they can demand proof of the fact.

Proof that quite possibly has been issued by EcoVadis, one of the world's largest providers of business sustainability ratings.

Since being founded in 2007, it has gone on to create a global network of more than 85,000 green-rated companies.

Global supply chains, financial institutions and public organisations rely on EcoVadis to monitor and improve the sustainability of their business and trading partners.

“Our evidence-based ratings are validated by a global team of experts, and are adapted to more than 200 industry categories, 160 countries, and companies of all sizes,” says EcoVadis Marketing Director, David McClintock. “We’re also backed by a powerful technology platform.”

Ecovadis ratings based on international standards

Basing sustainability ratings on globally recognised standards such as these are important because, as McClintock admits “there are thousands of eco-labels and certifications, across industries, commodities and products and countries.”

For any form of green accreditation or rating to be useful it must be credible, which is why EcoVadis is rigorous in the demands it makes on businesses who are seeking a rating.

“During the assessment process, our sustainability analysts consider the criteria relevant to the company’s size, industry, and location and also take into account the information provided in the company’s questionnaire and any supporting documents,” says McClintock.

He adds that participating companies must provide “formal, recent, and credible documentation that serves as a reliable element of the company’s sustainability management system.”

Such rigour is a far cry from the situation 30 years ago, when Nike was called-out for using slave labour. More recently there was the 2013 Dhaka garment factory collapse, which claimed 1,123 lives, and left 2,500 injured, many seriously. The factory manufactured garments for brands, including Benetton, Prada, Gucci, Versace, Matalan and Primark.

In the wake of these and other supply chain controversies, companies began addressing the issue by auditing supplier factories and facilities.

But, he says, to reach their multinational supplier base, some tried to translate the SAQs, and then had to collate responses on spreadsheets.

It led to a backlash from suppliers, says McClintock.

“Assessments were generic and contained irrelevant questions, and it required a lot of work for suppliers to fill in a questionnaire for every customer or industry served —- all with no feedback in return.”

It was on the back of this situation that EcoVadis was founded, its aim being to create sustainability ratings with benchmarks based on a reliable methodology.

“And it’s all underpinned by diverse data sources, validated by experts and delivered in a scorecard with rich feedback and insight to help drive improvements and create value.”

As well as ventures such as EcoVadis, national standards-setting bodies are also helping embed sustainability practises in business.

The British Standards Institute (BSI) is the UK’s national standards body. As well as producing technical standards on a wide range of products and services, it also supplies certification and standards-related services to business, including on sustainability.

Like all national standards bodies, the BSI is a representative of the International Organisation for Standardisation (ISO). It’s the ISO that defines sustainability standards, and the BSI that facilitates their uptake.

These standards include ISO14000 (a family of environmental management standards) and ISO26000 (social responsibility).

So how much help are ISOs in helping businesses green up supply chains?

“Standards capture consensus best practice, because they are developed by leading experts in their field,” says Martin Townsend, the BSI’s Global Head of Sustainability and Circular Economy.

Townsend adds that it’s important organisations don’t see certification as the main goal, but rather the change that results in their company applying the knowledge that comes from gaining the standard.

“Training and education is an important part of the process, so that everyone in a company understands the wider objective that is being achieved and the role they play in the process,” says Townsend.

This, he says, is one of the defining differences between the sustainability standards of today and those of the recent past.

“The focus was once on measures such as pollution control and the management of risks to the environment,” says Townsend, “but the standard has developed to include more criteria regarding compliance requirements.”

He adds: “Those that use the standard today have to differentiate between activities they can directly control and those they can influence. This encourages organisations to become agents of change,. which has resulted in improvements in supply chains. When used in relation to regulation, businesses are driven to develop a more comprehensive environmental strategy and action plan.”

Sustainability standards and ratings alone will not see the world hit its net zero targets by the 2050 deadline, but they are helping keep us on track.