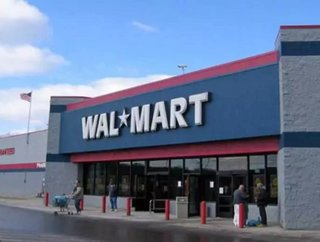 Written BY: k.scarpati Lots of attention has been paid to the Dukes v. Wal-Mart case, the largest class-action civil-rights lawsuit in American history...

Lots of attention has been paid to the Dukes v. Wal-Mart case, the largest class-action civil-rights lawsuit in American history that could affect 1.6 million women, but a smaller class-action lawsuit indirectly against a Wal-Mart warehouse is slowly getting more and more attention.

Eight workers have accused Schneider Logistics, a Wal-Mart contractor, and another firm of violating state and federal labor laws. The suit could involve hundreds of warehouse employees should it be certified class-action.

The eight workers allege the distribution company failed to follow through on a promise of a $10 hourly rate, a “piece rate” for each items shipped and bonuses for “team lifts” that involved heavy loads.

“I noticed after a couple of weeks that my checks didn’t match my hours,” worker Robert Hines said. “People are breaking their backs, trying to feed their families and be right.”

Hines also claimed he sometimes worked more than 50 hours per week and was shortchanged on overtime.

Top 25 Supply Chains in the World

Be sure to check out the latest issue of Supply Chain Digital!

Hines and other workers marched on the warehouse earlier this year, hoping to resolve the issue short of a lawsuit, but they were encouraged to go to court by a local advocacy group, Warehouse Workers for Justice.

Wal-Mart was the world’s largest public corporation in 2010 by revenue and has distribution centers and warehouses in 39 states and Washington D.C., according to an online listing.

The case is Collins, et al. v. Schneider Logistics, et al., and will be heard at the Illinois Northern District Court.