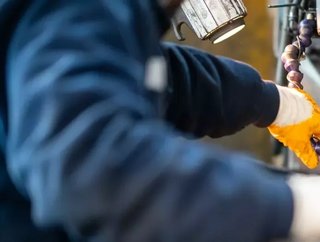 Small manufacturing businesses in the US, Europe and UK are being squeezed hardest by supply problems, labour shortages and spiraling inflation

Figures show that almost half (46.5 per cent) of such businesses in the US say they will have to identify new supply chain options in the next six months.

The findings are from the US Census Bureau (USCB), as part of its latest Small Business Pulse Survey, a series of ongoing surveys. The USCB is the principal agency of the US Federal Statistical System, which is responsible for producing data about the American people and economy.

Another key Pulse discovery is that 45.7 per cent of small businesses experienced domestic supplier delays in the past week (beginning December 6). This is a 1.5 per cent increase on the previous survey, conducted between September and October this year.

Also, 23 per cent said they’d had difficulties sourcing alternate domestic suppliers in the past week - a 1 per cent increase on the previous survey.

SMEs getting shoved to back of supply queue

A big problem for small manufacturing businesses everywhere is that their size does not allow them to roll with the punches being rained down by supply and labour issues. Unlike Walmart, most can’t circumnavigate supply difficulties by paying through the nose for air freight, or retain or attract workers by offering higher wages.

And on supply, small businesses tend to get shunted to the back of the queue by larger operations.

“It’s not like a restaurant, where if you show up earlier than me you get served first,” says Larry Giunipero, professor of supply chain management at Florida State University.

Speaking to the Morning Brew website, he added: “Supply chain is not like that. Smaller companies get pushed to the back of the line.”

At least the news is less grim for US small businesses in other sectors. In utilities (44 per cent), finance and insurance (43 per cent), and real estate (38 per cent) many businesses report little or no ill-effects from the coronavirus pandemic. This compares to the national average figure of 23.5 per cent.

The USCB findings generally mirror the current situation across Europe and in the UK.

An autumn survey from the Confederation of British Industry (CBI) showed that almost two-thirds of British SME manufacturers are concerned that supply of materials and parts could impact output – the highest figure since CBI records began, back in 1988.

CBI lead economist Alpesh Paleja said at the time that the findings show manufacturing SMEs face an uncertain future, due to of “persistent supply challenges and acute cost and price pressures”.

Mounting economic pressures around supply, labour shortages and inflation has also seen increasing levels of government intervention on both sides of the Atlantic.

Governments step in on supply issues

In the US, the Federal Trade Commission has ordered nine major retailers and wholesalers - including Amazon, Procter & Gamble and Walmart - to hand over their supply chain data, as the Biden administration seeks to understand the nature of supply chain disruptions affecting the country.

And in the UK, British Prime Minister Boris Johnson announced in September the launch of the National Economic Recovery Taskforce, a government body designed to work with suppliers on how to solve shortages.

How much impact such intervention will have on the the day-to-day difficulties being faced by small manufacturing firms remains to be seen.