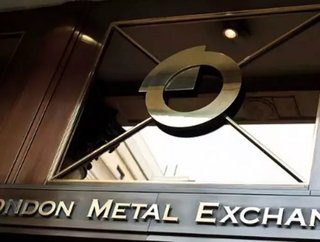 The London Metal Exchange (LME) unveiled a long-anticipated change to combat slow metal delivery rates last week, which is designed to force metal warehousing companies to increase the rate at which they deliver metal from their warehouses.

The new proposed requirement for warehouses monitored by the LME will see an additional 500 metric tonnes of metal per day available for delivery in locations where there is at least 30,000 tonnes of a type of metal awaiting delivery.

The new rule is expected to come into effect by April 1st across LME’s network of more than 600 warehouses, and will address the issue of long aluminium wait times slowing the delivery of other metals, according to LME’s Chief Executive Officer Martin Abbot.

Current minimum delivery rates which are in place for LME warehouses allow only a small fraction (3,000 tonnes) of any metal from stocks exceeding 900,000 tonnes at a single location. According to Bloomberg, withdrawals can take as long as 59 weeks in Detroit, the biggest LME repository of aluminium.

These rules have contributed to long queues for delivery of metal to consumers and tightness in immediate supply which pushes up costs.

According to Abbot, the new rule will address consumer needs, and is also ‘do-able’. In an interview with the press last Friday, he said “It’s not going to make aluminium queues go away because it’s not actually targeted at aluminium. There is a danger that those aluminium factors may be having an effect on other markets, which are not actually subject to the same macroeconomic factors.”

Referring to copper, lead, zinc, nickel and tin markets, the measures are designed to ensure that high demand for aluminium does not affect the availability of other metals, however the new rules are unlikely to address the concerns of critics, who believe the LME's warehousing rules have a hand in distorting the aluminium market.