Handle with Care: The Green Case for Pallet Pooling 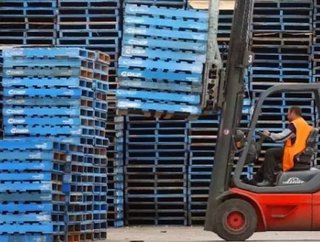 Be sure to check out this story in August&#39;s issue of Supply Chain Digital. Trust us, it&#39;s way cooler! With an ever-growing boom in global comme...

With an ever-growing boom in global commercialism, the transportation of more and more goods around the world is an inevitable by-product, which has its own negative impact on the environment.

However, while it would be foolish to think that we could reverse this process, there are still ways that companies who are involved in transporting these goods can play their part to help reduce their impact.

One of the seemingly small ways they could do this is by addressing both the type of pallets or crates they use, and the way they use them.

Traditionally, companies have transported goods using timber pallets. Timber pallets are very cheap and easy to produce, which is what has led to their dominance.

However, ‘cheap and easy’ for companies has come at a cost to the environment.

Timber pallets are naturally fragile and regularly need replacing. This leads to two problems. There is a demand to build more and more pallets to replace the losses, and the wood left over from the damaged pallets has very little use for recycling, and is often burnt.

Secondly, timber pallets are relatively heavy themselves, so when multiplied on large shipments of goods, they can considerably add to the fuel needed to transport those goods.

Plastic pallets can last much longer. This means that they do not need to be produced in as big numbers compared to timber pallets.

Secondly, plastic pallets, once damaged, can easily be recycled to create the new pallets, rather than having to be disposed of in less environmentally friendly ways.

Plastic pallets are also generally lighter than timber pallets, and so their combined weight when transporting large numbers of goods means that less fuel is required.

Despite the belief in the sustainability of natural materials like timber, the use of plastic in the pallet industry could prove to be a smarter move, but there is another area that companies can help decrease their environmental impact even more. Companies could employ a pallet pooling service, rather than running their own fleet of pallets.

Traditionally, companies have bought and owned their own pallet fleets, which leads to its own environmental problems; this model of ownership means that more and more pallets need to be produced so each company can have their own fleet. It can also often lead to an over production of pallets as a company may not need to use its full fleet throughout the year.

This problem has led to the development of pallet pooling companies. These services rent out pallets on a long or short-term basis to companies involved with transporting goods. This leads to a much more efficient use of a finite number of pallets, compared to each company expanding their own stocks.

Although it is only a small contribution to the environmental issue as a whole, how companies think about their pallets and how they use them can help cut the overall impact that the transportation industry has on the planet as a whole.