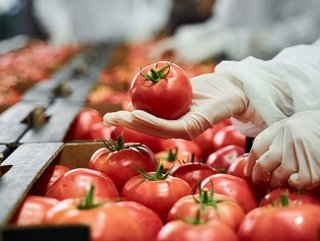 Deloitte reports how food supply chains are 'broken', as Great Resignation continues to undermine proposed agility-&-resilience solutions to the problem

It seems that the just-in-time nature of the food retail supply chain is on the ropes. First the pandemic had it wobbling with a combination of lockdown blows and now - just as it was clearing its head - the Great Resignation has steamed in with a haymaker.

In a recent report on how Covid-19 had “broken” global food supply chains, Deloitte Consumer Industry Leader Karine Szegedi, says that “from farm to fork, missing links in the food supply chain are causing increasing disruption and damage.”

She goes on to list ways in which Covid-19 has “broken” the food supply chain. Included are:

She says ways in which food retailers can address these problems is through: the continuing shift from multichannel to omnichannel; reshoring or nearshoring the supply of food, and using a wider pool of suppliers; and digitalising supply chains, using Industry 4.0 technology - such as robots, to reduce reliance on migrant labour and leveraging end-to-end supply chain visibility to optimise inventory.

Szegedi’s suggestions are sound, but are hardly groundbreaking; supply chain experts the world over have been chanting these measures like a mantra for what seems like an age.

As much as everyone knows what needs to be done to invest food supply chains with more resilience and agility, making this a reality is a monumental challenge, with issues arising from the Great Resignation proving particularly problematic.

Take the current situation in the UK, where the government this week highlighted how acute labour shortages in the food sector are seriously threatening the country’s supply chain models.

Around one in five food delivery orders are not being fulfilled on time, a situation that “threatens to undermine the food supply chain’s long-standing just-in-time model,” former Chief Executive of the Food and Drink Federation, Ian Wright, told the Environment, Food and Rural Affairs Committee.

The committee's report - Labour shortages in the food and farming sector -  says the number of unfilled vacancies in the industry is estimated to be 500,000 out of 4.1mn roles, an eighth of the overall workforce. The two main causes are Brexit and Covid-19.

Labour shortages mean crops have been left to rot in fields and healthy pigs have been culled. The National Farmers’ Union warns that the food supply chain “could break down at any moment.”

The report says: “The food sector is the UK’s largest manufacturing sector but faces permanent shrinkage if a failure to address its acute labour shortages leads to wage rises, price increases, reduced competitiveness and, ultimately, food production being exported abroad and increased imports.”

The committee was told by the Lea Valley Growers’ Association that 10% of its cucumber-growing members were unable to plant a third of their expected crops in July 2021 due to a shortage of workers.

Vegetable growers Riviera Produce, meanwhile, say it has been forced to leave over £500,000 of produce to rot in the fields due to staff shortages, while Boxford Suffolk Farms says it has had to waste approximately 44 tonnes of fruit this year.

The tales of food woes go on. Graeme Dear, chair of the British Poultry Council (BPC), told the committee that its members required 40,000 workers but that there is a vacancy rate of 16%, which equates to 6,000 empty positions. As a result the BPC says members have been forced to cut back weekly chicken production by 5-10%”.

Andrew Opie, director at the British Retail Consortium, said that if labour shortages were not resolved soon, “we will start to see production being lost from the UK and being offshored, and then imported back into the UK.”

The report said the government had “not demonstrated a strong understanding” of the issues facing the UK’s food industry, and “even on occasion sought to pass the blame onto the sector.”

It concluded: “The government must radically shift its attitude and work together with the sector to devise solutions that speedily help address the problems it faces, in the short, medium and long term to help the UK’s food industry and enable it to thrive.”

And that’s just the UK. While Brexit is an exacerbating factor, and that has to be taken into account, the reality is that the UK situation is not radically different to most other developed nations. In the US, for example, food supply chains are under pressure “from plants to store shelves” according to the Wall Street Journal.

And of course, compounding the problem is the war in Ukraine,  a country known as the ‘breadbasket of Europe’.

Only one thing is certain when it comes to problems surrounding global food supply chains: there will be no quick fixes.