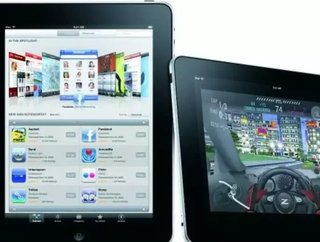 Those on the waiting list for the Apple iPad 2 will probably have to wait even longer than expected. According to report in the Wall Street Journal pub...

Those on the waiting list for the Apple iPad 2 will probably have to wait even longer than expected.

According to report in the Wall Street Journal published on Monday night, Foxconn has closed all of its polishing workshops across China after a factory explosion killed three workers and injured 15 others last Friday.

The blast occurred at Foxconn’s Chengdu factory, a relatively new facility in rural China. At this point, the explosion is being blamed on a buildup of combustible aluminum dust, although that’s yet to be confirmed.

Foxconn’s affected polishing factories serve as one of the final stages of its electronic production process. While Apple hasn’t confirmed that the closed factories produce iPad or iPad components, multiple media reports across China are reporting that the plant does in fact produce parts for the cherished Apple tablet.

Before the latest explosion, Foxconn’s labor and part shortages were expected to affect iPad 2 production by 30 percent. The Foxconn China factories are closed indefinitely, while investigators seek the exact cause of the explosion.

The explosion is the latest incident to affect the Chinese company. In addition to the three deaths and 15 injuries from the Chegdu explosion, Foxconn recently made employees sign an agreement saying that they would not commit suicide.

Last year, 250 workers at a Foxconn factory in India were taken to a hospital after suffering from pesticide poisoning.

In June of last year, an employee died from the effects of exhaustion, following a reported 34-hour shift for Foxconn.