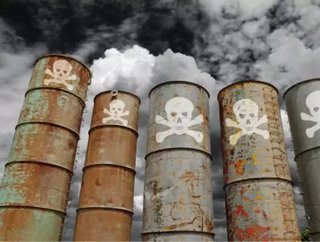 Written by Dave Alberts, Director of supply chain consultants Crimson &amp; Co We all know that the geography of the modern global supply chain and the...

We all know that the geography of the modern global supply chain and the concentration of manufacturing in specific areas make supplies of many components particularly vulnerable to disruption. For example, a quarter of the world’s hard drives come from a relatively concentrated area around Bangkok. Clearly there are disadvantages to sourcing products from countries that suffer from extreme weather conditions, especially when supply is so geographically focused.

The Tsunami in Japan wreaked havoc on businesses and supply chains alike, with widespread effects across the globe. The floods in Thailand caused two-thirds of the country to be affected causing major supply problems, driving global prices higher. Companies such as Western Digital and Honda Motor were forced to stop production and some Japanese car manufacturers such as Toyota and Nissan also experienced production disruptions. Sony temporarily closed its facility in Ayutthaya and Seagate Technology had its production of hard drives affected. These are the obvious disadvantages of ‘clustering’ but some studies have shown that similar businesses located together in business or industry clusters do demonstrate seemingly better results through:

Singapore has since the mid-seventies developed a thriving electronics industry comprising of large and small original equipment manufacturers, and suppliers who manufacture a range of products, subassemblies, components and parts for both the industrial and consumer markets. Also, modern high-tech clusters often group around high profile universities to leverage research. Silicon Valley is near Stanford University, and similar high-tech clusters gather around MIT close to Boston in the United States and around Cambridge University in the United Kingdom. The Silicon Valley cluster has now evolved beyond technology to become a hotbed of activity for the development of a wide range of disruptive business models.

But are these clusters sustainable when you strip away the support provided by regional bodies and agencies offering industry friendly incentives and a range of other benefits?

A strongly developed cluster does push up wages across the industry. These clusters can also increase some of the other costs of doing business such as land and property prices and rents. And even the physical location should no longer be a source of competitive advantage in an era of global competition, rapid transport and high-speed telecommunications.

So, the world's increasingly global businesses should be above and beyond geography. But unfortunately supply chain folk continue to consolidate sites largely for all the wrong reasons, including worries from investors about the ‘number of dots on maps’, and a general feeling that fewer and therefore bigger sites are better. This has involved closing flexible low cost facilities and concentrating in heartland sites, which are largely there for historic rather than optimisation reasons. Given that production technology has hardly changed and the economies of 24 hour working are low, little has been relatively gained from this change but great deals of flexibility and closeness to markets & customers have been lost. But at least it has eased the supply chain directors travel schedule!

In developing markets you could argue there is a temporary advantage from clustering in obvious bridgehead locations located close to logistics hubs allowing relatively fast shipping “up-country”.  But there is very little clustering logic that drives close location. The technical skills are relatively stable and can be either recruited anywhere or can be relocated without much difficulty – it’s not like the cross-fertilisation you get in electronics.

Eventually the economic benefits will wane and unless you can use the cluster as a platform to develop a stream of innovative products or disruptive business models to drive continued growth, (like in Silicon Valley) industrial wastelands beckon.