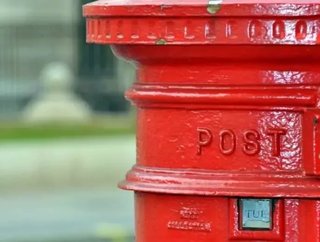 Follow @SamJermy and @SupplyChainD on Twitter.Royal Mail has announced its investing around &pound;130 million over five years in hand-held technology t...

Royal Mail has announced its investing around £130 million over five years in hand-held technology to provide more flexible delivery for customers and better tracking capability.

The investment means it will begin rolling out around 76,000 next generation hand-held scanners to postmen and women from 2015. BT will work with Royal Mail to decide which hand-held scanner to deploy.

The roll-out is expected to be completed in the 2016-17 financial year. Existing scanners will be swapped out as new devices are introduced.

The five-year investment is part of Royal Mail’s IT transformation programme, a key objective of which is to support the delivery of our parcels strategy. This includes enabling the 500 year old postage company to be more flexible and customer responsive.

Nick Landon, Managing Director of Parcels at Royal Mail, said: “We are delighted to announce that we are investing around £130 million in IT which will better enable us to develop new services for parcels customers.

“This is part of our on-going programme to continue to respond to the needs of our customers and maintain our leading position in the UK parcels market.”

The company said it will be offering more flexible deliveries for people not at home so items can be left elsewhere, as well as better tracking. Royal Mail will hope to receive a boost from the announcement after becoming one of the FTSE 100's biggest faller this week.

Its shares fell after Credit Suisse issued a downbeat note predicting levels of profitability recorded in 2014 will not be reached again until 2018.