Ivalua: UK businesses under pressure to innovate at pace 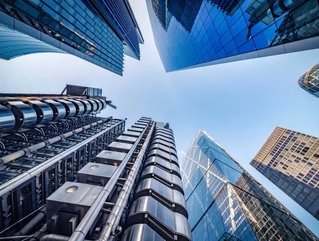 In today’s competitive business landscape, end-users expect new products and services to be delivered continuously. This intensive demand has put businesses under considerable pressure to release the next big thing, with their ability to innovate at pace now critical to overall success.

To cope with these rising expectations, suppliers have become crucial allies, offering an excellent source of knowledge to help businesses rapidly innovate, to the point where most UK businesses have become highly dependent on their suppliers. As a result, it’s become vital for companies to consider how best to collaborate with their partners. However, these relationships can all too often become transactional and cost-focused, blocking innovation and preventing UK businesses from keeping pace with end-user demands. To succeed in this fast-paced environment, companies must make supplier relationships more sustainable to help fuel innovation, or risk losing out to competitors.

UK businesses under pressure to innovate at pace

It’s clear that UK businesses aren’t doing enough to overcome the transactional nature of supplier relationships. If companies don’t look to build long-term, sustainable relationships with suppliers, they risk earning a bad reputation, souring relationships with innovative partners, or even putting their own suppliers out of business by forcing them to accept unworkable financial terms. As the collapse of Carillion last year showed, a relationship where suppliers are pitted against each other to reduce margins and lower their bids for unprofitable projects can have dire consequences.

Despite most UK businesses recognising the importance of suppliers in developing innovative new products, many still under-utilise this relationship, and focus on driving down costs. There is a very finite ability to squeeze suppliers on pricing for specific goods or services, so if UK businesses want to reduce costs sustainably, collaboration is essential. Companies need to adopt a more collaborative approach, so that innovation can not only increase, but also result in solutions at a lower cost for customers and suppliers.

However, UK businesses face multiple challenges when it comes to collaborating with suppliers, such as a lack of understanding around supplier capabilities, communications being too cost focused and a lack of incentives for suppliers. But there is best practise organisations can learn from to incentivise and better communicate with suppliers. General Motors (GM) for example is well known for frequently praising suppliers who have helped produce innovative technologies through its supplier programme. This has helped GM to promote innovation and incentivise suppliers, so they are motivated to share their latest ideas and breakthrough technologies.

Supplier collaboration also isn’t just limited to innovation or cost. It can foster sustainability and help further CSR initiatives. For example, M&S recently worked with produce suppliers to decrease water wastage, cutting the risk of low food yields – an effort that will ultimately help bring down costs and keep suppliers in business.

Now is the time to collaborate smarter

As the demand for new products continues to increase, companies need to be able to collaborate with suppliers and build long-lasting relationships. Innovative suppliers now hold the power and able to pick and choose who they work with, so UK businesses must move away from a blinkered approach to supplier collaboration that focuses on negotiating lower prices. Instead, they must concentrate on sustainable ways to interact with suppliers to make the most out of their relationships.

To enable this, procurement must refocus to foster, rather than block innovation. Businesses need to take a smarter approach to procurement so they can understand supplier capabilities and strengths, have a 360-degree view of suppliers, and ensure they can recognise opportunities to collaborate. As the demand for new products continues to increase, UK businesses need to be able to collaborate with suppliers and build long-lasting relationships. If they don’t, they risk being dumped by their suppliers, who will immediately strike up new relationships with more attractive competitors that put innovation above cost-cutting.