Drought and the Supply Chain: Dairy 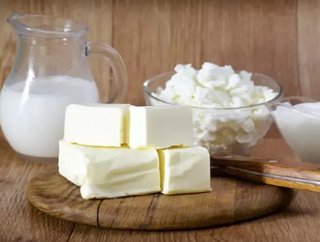 The dairy industry, so intrinsically tied to the agricultural and farming industries, will not be excused from feeling the effects of the 2012 drought...

The dairy industry, so intrinsically tied to the agricultural and farming industries, will not be excused from feeling the effects of the 2012 drought. With more than 55 percent of the country in a state of moderate to extreme drought, according to the National Climatic Data Center, many farmers crops are completely wiped out for sale or for the use of feeding their livestock – and that’s not to mention the water supply some cattle farmers rely on.

Cows are ruminants and have four stomachs that digest hay and grass. Farmers report that their grass fields have, in part, browned and become thus unappealing to cattle. Cattle are sensitive to heat, and the 100-degree-plus temperatures in some areas of the country have dissuaded cattle to walk to their feeding stations. Additionally, the cost of bringing in water to nourish cows can be one of the largest expenses of all.

Without healthy, well-fed and watered cattle, milk production dwindles and prices have the potential to skyrocket. In an interview with the USDA, Cornell University dairy farming expert Tom Overton said because feed availability and cost are the most affected by the drought, dairy farming will be directly impacted.

“Dairy cows have a tough time with heat, and that relates to how they digest and process feed,” Overton said. So, even with a plethora of hay, cattle would still be remiss to eat in the blistering temperatures ravishing the majority of the United States. “Farms see that impact relative to reduce milk yield,” Overton said.

Drought and the Supply Chain: Grains

While many farmers have decided to send their cattle early to slaughter or are simply suffering through this brutal heat, there are solutions to help cool cows and encourage them to eat to keep healthy and milk-producing. Overton referenced shade, ventilation, and evaporative cooling with fans and water mist as excellent tactics to cool down cattle.

Although times are tough for dairy cattle and their farmers, Roger Hoskin of the Department of Agriculture’s Economic Research Service says he can’t foresee that the drought will end with people fighting in line at the grocer’s for a few gallons of milk. However, he said, “they might not want [milk] at the price it’s selling at.”

Ironically, milk is currently at its lowest price in nearly two years due to surpluses during mid-winter and spring, at $16.10 per hundred pounds. Hoskin warns that the dairy farming effects will trickle through to the consumer, rising by a possible 40 cents per hundred pounds by Christmas. These prices mean the cost of cheese and other milk products will also increase as the drought continues.

Drought may cause milk to dry up: wdtn.com