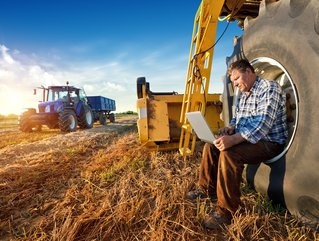 The Secretary-General of the UN, Antonio Guterres, has warned that war in Ukraine has worsened food insecurity in poorer nations, due to soaring prices.

And he added that Russia's invasion of Ukraine is causing a global food crisis that may result in long-term famines if Ukraine's exports - particularly of wheat - are not restored to pre-war levels.

Guterres urged action on “reintegrating Ukraine's food production” - plus fertiliser produced by both Russia and Belarus - back into the global market.

The conflict has cut-off supplies from Ukraine's ports, which once exported vast amounts of wheat, maize and sunflower-based cooking oil.

But since the Russian invasion of Ukraine at the end of February, grain shipments - including barley and rye, as well as wheat - have been blocked from exiting Ukraine. Nearly 25 million tons of grain is currently sitting unused in Ukrainian storage facilities. Of this, up to 12 million tons of wheat destined for global markets could fail to leave Black Sea ports because of Russian blockades.

This has squeezed global supplies and caused the price of alternatives to soar. Food prices globally are almost 30% higher than the same time last year, according to the UN.

No one outside of Putin’s sphere of influence is likely to contest Guterres’ comments but the problem is that turning words into action is hugely problematic.

For months, the Russian army has prevented wheat shipments from leaving Ukraine by blockading vital Ukrainian ports on the Black Sea, including the country’s largest port, Odesa.

Ukraine has approached neighbours sympathetic to its cause, to help it bypass the blockades and get its wheat out of the country, and is pursuing agreements with Lithuania, Latvia, and Poland to help it ship wheat using their ports.

The possibility of Ukraine shipping grain through international ports was first proposed on April 13 by Latvian President, Egils Levits, during a joint briefing with the presidents of Ukraine, Poland, Lithuania, and Estonia in Kyiv.

Getting wheat out of Ukraine is a massive challenge

But the problem is, how does it get the wheat over land and across its friendly borders? Significant infrastructure damage to its road and rail network means getting wheat to ports outside of the country will be a significant challenge - and even if they manage to get some of the wheat moving, Russian bombardment of shipments cannot be ruled out.

But there is another problem with land-based transport of wheat out of Ukraine: the reason Ukraine was reliant on its Black Sea ports for shipping grain is that its railways use the wider Russian gauge, and not the narrower gauge seen across the rest of Europe, meaning even if the wheat does make it as far as its friendly borders, it would have to be unloaded, and reloaded on carriages fitting European track gauge requirements.

Pre-war, Ukraine was the world’s sixth largest wheat exporter in 2021, accounting for 10% of the global market share. Ukraine, along with southwestern Russia, is known as ‘Europe’s breadbasket’, thanks to the region's rich dark soil. The region accounts for 15% of the world’s wheat production, and 30% of world exports.

Egypt, Tunisia and Algeria are already feeling the sting of the wheat shortage. Egypt is the world's largest importer of wheat and gets 60% of its imports from Russia and 40% from Ukraine. Other African nations are also vulnerable, with the global NGO Human Rights Watch saying Kenya, Nigeria, Cameroon, and Tanzania are also highly reliant on Ukrainian wheat.

North Africa is not the only region affected by the wheat shortage. Indonesia is the world's second largest buyer of Ukrainian wheat, and Pakistan, Turkey, and several countries in Central Asia and sub-Saharan Africa depend on it as well.

There can be no doubt that Guterres’ wheat warnings are well-founded - and his concern is also justified on another level, too, because the UN’s Food and Agriculture Organisation (FAO) has long been warning that food supply chain deficiencies is a major cause of needless hunger. The FAO estimates that 400m tons of food is lost every year to sub-optimal supply.

As far back as last April, the FAO warned that hunger was affecting around 690 million people, and that with the world’s population expected to hit 9.7 billion by 2050 - an increase of 2.2 billion - food production needs to increase by 56% if even more-widespread hunger is to be avoided.

The FAO’s claims have been backed by a McKinsey report, confirming that improved supply chains will be vital if hunger isn’t to become an even bigger problem.

McKinsey reports that, despite increasing pressures on food supply, roughly one-third of the total food produced for human consumption is wasted.

It says 40% of all food loss occurs in the post-harvest agricultural supply chain, between producers and consumers. The problem is most severe in developing economies, including those in Africa, Asia, and Latin America.

McKinsey says an estimated 400 million metric tons of grain - 20% of global grain production - was lost in 2018. Post-harvest losses affect all major crops, including wheat and other cereal grains, which together with rice account for 70% of the average diet in the developing world.

Guterres’ warning on wheat and other foodstuffs is timely and impassioned, but will war, track gauges and sloppy supply chains thwart moves to avoid a global food crisis? We can only hope not.