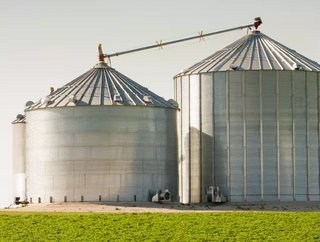 Earlier this year, the UN’s Food and Agriculture Organisation (FAO), sounded the alarm bells about how avoidable food loss is causing hunger for millions of people across the world.

Now, a report by McKinsey says improved supply chains will be vital if hunger isn’t to become an even bigger problem.

Back in April, the FAO said hunger was affecting around 690 million people, and that with the world’s population expected to hit 9.7 billion by 2050 - an increase of 2.2 billion - food production needs to increase by 56 per cent if more-widespread hunger is to be avoided.

McKinsey reports that, despite increasing pressures on food supply, roughly one-third of the total food produced for human consumption is wasted. It says 40 per cent of all food loss occurs in the post-harvest agricultural supply chain, between producers and consumers. The problem is most severe in developing economies, including those in Africa, Asia, and Latin America.

Food wasted during transport and storage

In developed countries food loss in the middle stages of the supply chain is low, thanks to advanced tech, as well as efficient crop handling and storage systems.

McKinsey says an estimated 400 million metric tons of grain - 20 per cent of global grain production - were lost in 2018. While post-harvest losses affect all major crops, including fruits, vegetables, and pulses, losses in rice, wheat, and other cereal grains - which account for 70 per cent of the average diet in the developing world - are marked.

McKinsey says that to stem food losses then similar supply chain technologies need to be deployed in developing countries. It says reducing post-harvest grain losses in the developing world could lead to a virtual land gain equivalent to three times the cropland area of France.

But it warns that the long-term adoption of waste-reduction technologies in emerging markets will depend on multiple social, economic, and institutional factors.

Supply solutions for food are market-led

It gives as an example the use of hermetic grain-storage silos. These are airtight metal silos that skill any insects and pests in the grain by starving them of oxygen.

McKinsey says the problem with making this technology widely available where it’s most needed is that the silo supply chain is demand-led.

“A market-driven supply chain for metal silo components - including suppliers, manufacturers, retailers, and repair services - may be necessary for sustained adoption of the technology,” McKinsey says.

In short, although the need for such silos is acute in the developing world, demand is low because few can afford such technology.

In addition to low-tech solutions, McKinsey says the Internet of Things (IoT) has huge potential to resolve the food waste problem. It points to the example of TeleSense, an IoT grain-monitoring start-up that recently secured $10 million in funding from a consortium of agriculture-tech investors.

But with low-tech such as sealed silos still thin on the ground in food supply chains in the developing world, the adoption of Industry 4.0 tech is even further off.

Concluding, McKinsey says post-harvest losses could need to be addressed by using low-cost tech - such as moisture-absorbing desiccant beads - and then ensuring that “the right conditions are in place for the sustained adoption of more sophisticated solutions”.