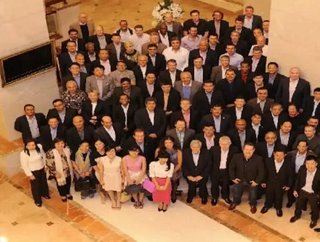 Independent global freight management and logistics organisation, The WACO System, has boosted its membership by two as part of its expansion into emer...

Independent global freight management and logistics organisation, The WACO System, has boosted its membership by two as part of its expansion into emerging markets.

Zereyad Group Transit and Forwarding Plc in Ethiopia, and Speedlink Cargo in Zimbabwe, were welcomed as members at the global freight network’s recent EGM in Hanoi, Vietnam.

“We are focused on growing our network of independent freight management companies, and Africa is a key market for us,” said Richard Charles, Executive Director, The WACO System. “We are delighted to welcome two members with such strong local connections and knowledge of this exciting region.”

Zereyad Group Transit and Forwarding Plc is a family-run business with expertise in air and sea freight, warehousing, and inland transportation, with offices in Addis Ababa and Nazreth, Ethiopia.

Speedlink Cargo is a total solution logistics provider headquartered in Harare, Zimbabwe, with a network of global offices and agents.

Charles said The WACO System, which this year celebrates its 40th anniversary, was also developing membership in central and south America and in Asia Pacific.

“Our members’ personal touch sets them apart in an industry which has seen so much consolidation,” said Charles.

Ninety three delegates from 63 countries participated in The WACO System’s EGM in Hanoi, Vietnam at the end of October.

The network holds two meetings a year, providing members with an opportunity to network and drive business through one-to-one meetings.