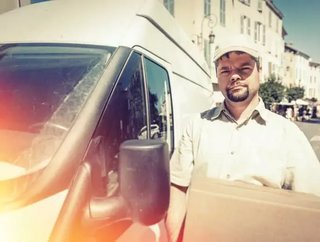 Logistics and haulage bosses in the UK have criticized France’s plan to impose a €40 driver levy, which is set to come in at the start of next year...

Logistics and haulage bosses in the UK have criticized France’s plan to impose a €40 driver levy, which is set to come in at the start of next year.

The new fee would see temporary workers and those employed by a foreign company charged for using French highways.

Although the particulars of the new levy have yet to be fully decided, Andrew Baxter, MD of independent logistics business Europa Worldwide Group, claims that the plan is inconsistent with free trade, the single market and membership of the EU.

He said: "At this stage, we don’t know whether the fee will be per day, per week, per year or simply a one-off fee per driver. Obviously, the latter option would be the least damaging to the haulage sector, but it still seems an unnecessary and protectionist rule to implement nonetheless – and if per day, it could be very damaging indeed.

“If it’s per year this is only a few cents per week and I’d expect it would have a limited effect, but a €40 charge per trip or per day would excessively increase the cost of operating in France.  Anything which negatively impacts the free flow of goods, whether that be added paperwork, legislation or government fees, would be damaging to international trade, and therefore we would be opposed to it.”

Pauline Bastidon, Head of European Policy for the Freight Transport Association, reckons it could have a damaging effect across the industry as a whole.

She said: "The fee of €40 per driver is excessive and, simply put, is a protectionist measure designed to close the French transport market to any operator established outside of France. It will disproportionately increase the cost of operating in France and could have negative consequences for international transport to and from the country.

"Coming on top of already burdensome requirements, such as the need to have a permanent representative in France, the decision to implement an additional charge on the working of international operators is nothing more than a protectionist tax benefitting the domestic French market, and is one which our members wholeheartedly oppose."

Baxter is pleading for new French President Emmanuel Macron to overturn his predecessor François Hollande’s plans for the new levy.

He added: “We understand that the fee will be used to maintain a database that will handle all documents required by French authorities for posted workers, including drivers. The potential of a €40 charge per trip is disproportionate to this need.

"I’d urge the European Commission to oppose this decision and for President Macron to reverse it in order to ensure that trade can continue to flow seamlessly across borders and so that operators working in France aren’t the victims of an unnecessary tax.”