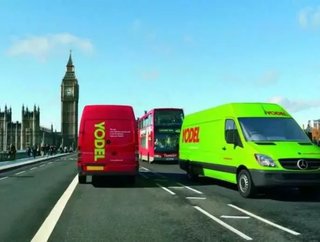 Follow @SamJermy and @SupplyChainD on Twitter. While the festive season may still feel a long way away, UK independent parcel carrier, Yodel, has tod...

While the festive season may still feel a long way away, UK independent parcel carrier, Yodel, has today revealed that nearly a third (29 per cent) of UK consumers have already started to buy their Christmas presents.

The survey of 3,165 people, which was carried out between 7 and 9 September, shows that festive treats have been bagged by an estimated 18.6 million Brits already. This is despite the data being collected over 110 days before Christmas when the temperature was on average 20oC across the country and we were technically still in astronomical summertime.

Those in the North East (42 per cent) are likely to be the most prepared, followed by the Welsh (41 per cent) with Londoners falling behind the pack with just 18 per cent already having bought presents to put under the tree.

Overall, 18 per cent of people say they will start in October, 25 per cent in November and 23 per cent won’t get around to it until December, making September the most popular time to start searching.

A huge three quarters (76 per cent) of people say they’ll buy at least half of their presents online this year. Just 3 per cent say they’ll get everything in-store.

Dick Stead, executive chairman of Yodel, said: “The advent of online shopping, speed of delivery and pre-Christmas promotions has changed the way we shop and we wanted to understand consumers’ shopping trends. The results are important because they give a clear idea of what to expect over the coming months as we plan for big spikes in the number of parcels that we deliver to shoppers, as well as return to retailers.

“It’s good to see that so many people have already started their shopping, and we are well prepared to handle the huge numbers of orders that are still to be bought.”

The findings come as Yodel continues its preparations for the 2015 peak period. The carrier has spent the first half of this year optimising its network to cope with such uplifts in demand, including several new, strategically placed, ‘super’ service centres, with more planned to open by the end of the year. It has also made significant investment in IT, mechanical handling, sorting equipment, training and fleet to improve efficiency and capacity.

The research is part of Yodel’s ongoing customer feedback survey, ‘Have Your Say’, conducted for Yodel by eDigitalResearch.  To date the survey has been taken 1.7 million customers, providing Yodel with instant feedback on each delivery, and allowing the identification of areas for improvement and best practice.

UK independent parcel carrier, Yodel, handles over 155 million parcels every year and has a relationship with 85 per cent of the UK's top retailers. The company is headquartered in Hatfield and has over 60 locations across the UK, including three central sorts and over 50 service centres.

Yodel offers a range of services to meet the needs of its clients and their customers.

Through its sister company, Arrow XL, Yodel can also offer a two man service for white goods and large items up to 120kg.

To find out more visit www.yodel.co.uk