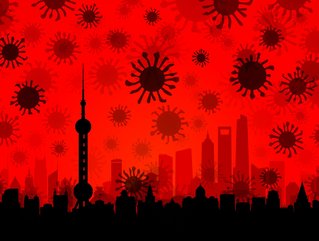 The Port of Shanghai - one of the world’s largest - is continuing operation, despite a staggered citywide lockdown imposed in China, easing fears that a port shutdown would see widespread and prolonged supply chain disruption.

The lockdown, which was imposed on 28 March in Pudong on the east side of the Huangpu River, has seen businesses close and people told to stay at home. But Chinese state media confirmed that the Port of Shanghai is to continue operating.

Meanwhile, the shipping line Maersk - in an advisory note on its website - revealed that some depots in Shanghai remain closed “until further notice”.

The Shanghai lockdown is China’s biggest city-wide lockdown since the Covid outbreak began more than two years ago. The city is to be locked down in two stages over nine days while authorities carry out Covid-19 testing.

The key financial and trading metropolis - home to 25 million people - has been battling a new wave of infections for nearly a month, even though case numbers are extremely low by most international standards.

The Shanghai lockdown follows hot on the heels of a lockdown in the manufacturing centre of Shenzhen.

“China’s manufacturing sector is paying a high price for this zero-tolerance policy, which leading medical experts think is fundamentally flawed,” a project44 spokesperson said. “Maybe this will lead the Chinese authorities at some point to rethink the reasoning of shutting down a 17.5-million metropolis for just 60 Covid cases.”