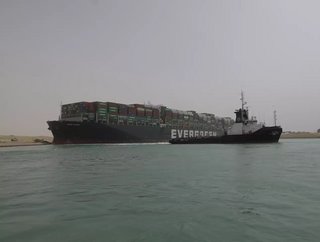 The Suez Canal is to undergo a two-year expansion project, following the weeklong closure of the channel by the stranded Ever Given container ship in March.

Plans set forth to expand narrow sections of the Suez Canal have been greenlit by the Egyptian president to safeguard against future blockages.

Dredgers will widen and deepen the single-lane stretch close to the southern mouth of the canal, near where the 400m container ship got wedged earlier this year, while a second lane opened in 2015 will be extended to promote two-way traffic and alleviate the impact of bottlenecks.

President Abdel Fattah al-Sisi gave the order to “immediately start implementing the proposed development plan and put in place a timetable for completion as soon as possible”, according to reports. It is understood he expects the work to be fully completed within two years.

Ever Given negotiations rage on

The Ever Given left hundreds of ships stranded and disrupted an estimated $9.5bn in goods each day when it became wedged across a narrow passage of the trade route in March. After a week of dredging, towing and manoeuvring, it was eventually freed from the banks of the Suez Canal in the early hours of 29 March and set course of the Bitter Lakes holding area.

There the vessel, its crew and its cargo have remained ever since, while legal action between Egyptian authorities and the ship’s owners rages on, though SCA chairman and Managing Director, Admiral Osama Rabie, refutes allegations that crew have been detained.

The SCA initially sought $916m in compensation to cover refloatation costs, including repairs where the channel was damaged to move the vessel, bonuses for the rescue crews who worked throughout the jam, and a package for “loss of reputation”.

Now the SCA and its chairman and Managing Director, Admiral Osama Rabie, have agreed to reduce the bill by a third. The authority has reportedly offered payment terms for the $600m to the Ever Given’s owner Shoei Kisen. Shoei Kisen has also declared a general average on the goods on board, with shippers liable to shoulder a significant outlay to get the 18,000-plus containers aboard to their final destination in the Nertherlands.