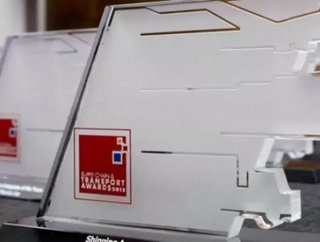 Nominations have officially opened this week for the annual Supply Chain and Transport Awards (SCATA), which sees the leading players from the Middle...

Nominations have officially opened this week for the annual Supply Chain and Transport Awards (SCATA), which sees the leading players from the Middle East logistics industry compete for trade honours in the prestigious awards ceremony.

This year sees the seventh annual event, which is organised by ITP Publishing the group behind Logistics Middle East and ArabianSupplyChain.com. The ceremony will be hosted at a five-star hotel in Dubai on 24th April 2013, when awards will be given for 16 categories covering the logistics, sea freight and air cargo sectors in the Middle East.

According to reports, the award sectors include the Express Logistics Provider of the Year and 3PL Service Provider of the Year awards, which honour companies that have consistently delivered world-class services and facilities across the region over the past year. In addition, the Supply Chain of the Year category will be awarded to a company that continues to raise standards with their regional operations.

The event will be sponsored by FAMCO, while Al-Futtaim Logistics will be a category sponsor. Nomination entries must be submitted online and can be made by the nominee themselves or a customer/supplier/partner, before the closing day of March 10, 2012.