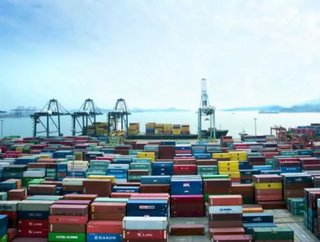 Much of this is down to the Euro itself mind; an issue that the world’s biggest sea-freight forwarder doesn’t have to contend with given its Swiss heritage.

And as a result of this, as well as some canny cost-cutting in some of its international projects, the company has revealed a 6.3 percent rise to CHF153 million.

The rise only equals forecasted estimates but that is more than many of its global competitors can boast at present; again, largely down to the company’s reorganisation which has included the closing of 92 locations in its rail and road unit, especially in less profitable regions.

The sea shipment market has also experienced a slight resurgence over the past three months, aiding Kuehne & Nagel specifically, and giving a brief moment of respite to the market as a whole.

“Although we do not anticipate a significant stimulation of global trade in the second half, we will continue to focus on profitable growth,”Chairman and interim Chief Executive Officer, Karl Gernandt has said in the statement. “The results underline that the measurements introduced to improve efficiency on a group-wide level are effective.”

While keeping in line with analyst forecasts so far this year, the company is also staying true to its own predictions, confirming again this week that its sea-freight volume will increase by four percent to six percent over the course of 2013 while its air-freight operations will also increase by one percent.

Both of which are outpacing general market growth and sit sKuehne & Nagel in an advantageous position moving into the second half of the year.