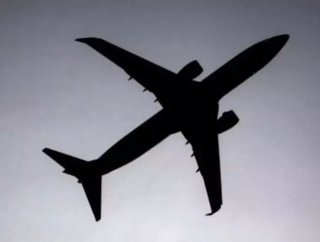 Air Freight rates in April showed modest growth of 1.4 percent in comparison to April 2012, according to IATA. This small increase helped to offset the...

Air Freight rates in April showed modest growth of 1.4 percent in comparison to April 2012, according to IATA. This small increase helped to offset the 2.6 percent decline in March compared to the same period in 2012, yet continues an 18-month trend of no growth in the cargo markets.

“We saw a brief rally in cargo markets at the end of 2012. But that has clearly stalled. Fortunately, the small improvement in April means that economic conditions have not deteriorated to the point of starting a market contraction. And if we look to emerging markets--particularly Latin America and the Middle East—we do see some encouraging signs of growth,” said Tony Tyler, IATA’s Director General and CEO.

Growth in emerging markets was strong enough to counterbalance weaknesses in the major aviation regions, but overall growth remains feeble.

North American airlines saw air freight volumes fall 0.1 percent in April compared to the previous year. Although this is a contraction, it is an improvement on the 6.5 percent fall in March, suggesting that markets have broadly stabilized.

European carriers saw an increase in air freight demand of just 0.9 percent. Regional business confidence levels trail those in both the US and emerging markets. Nevertheless, European air freight volumes are holding up better than other regions when compared to the previous year.

Middle East airlines saw their freight business expand at a healthy 8.6 percent compared to April 2012. While this is a slowdown from the year-to-date growth rate of 11.2 percent, it was still the second highest of any region and the opening of new routes to developing economies will drive growth for the foreseeable future.

Latin American airlines experienced the highest growth in demand with a 12.2 percent expansion compared to the year-ago levels. This is more than three times the year-to-date growth, and is the result of strong domestic demand as well as a sustained growth in exports of perishable goods.