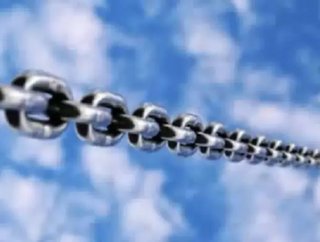 President Obama has signed into law an initiative to secure the supply chain Americans depend on for fundamentals in the event of a terrorist disruptio...

President Obama has signed into law an initiative to secure the supply chain Americans depend on for fundamentals in the event of a terrorist disruption.

"When the unknown occurs, you have no time," said U. S. Secretary of Homeland Security Janet Napolitano in a speech at the World Economic Forum.

Secretary Napolitano cited a 2010 incident in which an al-Qaeda plot was discovered to send explosives into the U.S. via cargo planes carrying printer cartridges as a wake-up call.

"That really brought to the forefront of my own recognition that we need to have a sense of urgency about the importance of the global supply chain,'' she said.

The provisions of the new legislation will allow government agencies to stock food, fuel, and other essentials in the event of a crisis, among other measures.

President Obama had recently addressed concerns about the security of the global supply chain in a letter dated January 23rd and later released by the White House.

“We have seen that disruptions to supply chains caused by natural disasters -- earthquakes, tsunamis and volcanic eruptions -- and from criminal and terrorist networks seeking to exploit the system or use it as a means of attack can adversely impact global economic growth and productivity,” the President wrote.

“As a nation, we must address the challenges posed by these threats and strengthen our national and international policies accordingly.”

Americans need not look any further than the still-gaping wound in the heart of a great American city to discern the need for risk management of the supply chain.  The caught-with-our-pants-down response to Hurricane Katrina, one that exacerbated an already wrenching crisis, cast a harsh light on the reality of the unexpected – and the need to be prepared.