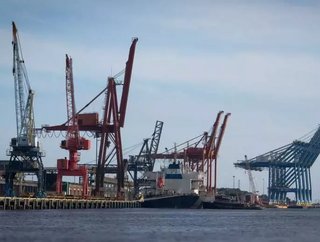 Gulftainer has finalised a $600mn 50-year concession with the State of Delaware in the USA to operate and develop the Port of Wilmington, significantly...

Gulftainer has finalised a $600mn 50-year concession with the State of Delaware in the USA to operate and develop the Port of Wilmington, significantly expanding the company’s global footprint and reach.

The agreement, signed by Gulftainer’s subsidiary GT USA, will see an expected investment of up to $600mn in the port to upgrade and expand the terminal and to turn it into one of the largest facilities of its kind on the Eastern Seaboard.

At a public signing ceremony held in Wilmington, Governor John Carney of Delaware signed the agreement with Badr Jafar, Chairman of the Executive Board of Gulftainer, in the presence of Delaware Secretary of State Jeffrey Bullock and other state officials, as well as H.E. Yousef Al Otaiba, the UAE Ambassador to the US and other dignitaries.

The 50-year concession follows a year of negotiations and a thorough evaluation of Gulftainer’s capabilities globally, including in the USA, where it currently operates the Canaveral Cargo Terminal in Port Canaveral, Florida and provides services to the U.S. Armed Forces as well as the US Space Industry.

The Delaware concession agreement completes a preliminary agreement between Gulftainer and the State of Delaware, as well as the completion of a formal review by the Committee on Foreign Investment in the United States (CFIUS), granting Gulftainer exclusive rights to manage the Port.

Gulftainer plans to invest up to $600mn in the port, including $400mn on a new 1.2mn TEU (twenty-foot equivalent units) container facility at DuPont’s former Edgemoor site, which was acquired by the Diamond State Port Corporation in 2016.

Badr Jafar, Chairman of Gulftainer’s Executive Board, said: “We are proud to be making this long-term commitment to the State of Delaware, its community and its economy. This landmark agreement builds on Gulftainer’s 43-year track record of delivering excellence and dependability in ports and logistics operations around the world, and we are confident that this public-private partnership will propel the Port of Wilmington towards becoming the principal gateway of the Eastern Seaboard.”

Mr Jafar added: “Since Gulftainer’s entry into the US through our operations in Port Canaveral in 2015, we have discovered major untapped potential in this sector and we will continue to look for attractive investment opportunities in the region.”