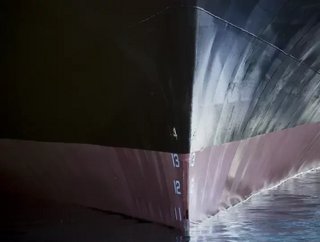 Shipping’s bid to become net zero by 2050 would be boosted by the introduction of green shipping lanes, a new report concludes.

The shipping sector accounts for an estimated 80% of all trade, and about 3% of total carbon emissions, which - unchecked - could rise by as much as half again by 2050.

The sector realises that if it is to hit carbon targets then zero-emission fuels and vessels will need to start being deployed at scale over the next decade - and green corridors could kick-start this process, the report says.

The collaborative report - called The next wave: Green corridors - has been produced by The Getting to Zero Coalition, which is a partnership between the Global Maritime Forum, the Friends of Ocean action, and the World Economic Forum. Analytical support was provided by McKinsey.

The report says that the technology to help shipping reach net zero by 2050 already exists, but that it needs to be deployed not only at far greater scale and speed, but also at lower cost.

Zero-emission fuels cost significantly more than conventional fuels, which can increase the total cost of vessel ownership by between 40-60%, depending on the route.

Recognizing the need for climate action, the International Maritime Organization (IMO) has mandated emission reductions of 50% for all vessels by 2050. A number of countries - including Japan, the UK and the US  - have also set similar net-zero shipping targets.

But, says the report, because ships have a 20- to 25-year operating life, zero-emission programs must be implemented over the next decade.

The report says one way to accelerate decarbonisation is to introduce ‘green corridors’ -  specific trade routes between major port hubs where zero-emission solutions are supported.

It adds that policy makers should also encourage the production of lower cost green-fuel, to help mobilize demand for green shipping.

It continues: “Green corridors could create secondary effects that reduce shipping emissions on other routes. For example, once the infrastructure to provide zero-emission fuel for one green corridor is in place, it can then be used for shipping on other, adjacent routes.”

“These corridors would ideally be large enough to include all relevant value-chain actors, such as fuel producers, cargo owners, and regulatory authorities. They would send strong signals to vessel operators, shipyards, and engine manufacturers to ramp up investment in zero-emission shipping, making the risks more acceptable for all involved.”

Australia-Japan and Asia-Europe 'ripe for corridors'

The report includes a “pre-feasibility” study on two routes that it says have potential to become green corridors: the Australia–Japan iron-ore route and the Asia–Europe container ship route.

The Australia–Japan iron-ore route is the third-largest dry-bulk trade route in the world. In 2019, 65 million metric tons of iron ore was exported from Australian mines to Japanese steelmakers.

A total of 111 bulkers on the route burned around 550,000 metric tons of fuel oil  - equal to 1.7 million metric tons of CO2 emissions. The report says it would take 41 zero-emission vessels to decarbonise all iron-ore trade between Australia and Japan.

The Asia–Europe container route, meanwhile, is the largest of the three major East-West container ship routes.

In 2019, 365 vessels burned approximately 11 million metric tons of fuel, accounting for roughly 3% of global shipping emissions - more than any other global trading route.

The report says that “an enabling regulatory environment on the European leg of the route means this is a viable green corridor”.

The report authors conclude: “The pre-feasibility studies show how stakeholder collaboration can establish these corridors.

“Success will be built on credible fuel pathways, value-chain initiatives, and mobilised demand. Partnerships are crucial: the entire value chain - including cargo owners, fuel producers, and vessel operators - needs to come together, based on a shared commitment to zero-emission shipping.

“Policy makers can also consider various targeted changes that would encourage a transition to zero-emission shipping along particular corridors. If stakeholders agree on a credible, ambitious green-corridor plan and implement it together, the industry can contribute to the world’s progress toward net zero.”