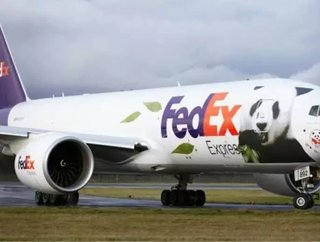 The US Justice Department has announced that package-delivery giant FedEx has been indicted for allegedly facilitating the distribution of controlled su...

The US Justice Department has announced that package-delivery giant FedEx has been indicted for allegedly facilitating the distribution of controlled substances and prescription drugs sold by illegal online pharmacies.

A federal grand jury in San Francisco indicted the company for having ‘knowingly and intentionally conspired to distribute’ the substances from unauthorised pharmacies, the Justice Department said.

US authorities had warned FedEx of the illegal activities of some online pharmacies which were not authorised to market products in the United States, the department said.

A statement from the department said: “From as early as 2004 the indictment alleges, federal authorities and members of Congress informed FedEx that illegal Internet pharmacies were using its shipping services.”

Complaints included trucks that ‘were stopped on the road by online pharmacy customers demanding packages of pills’ and delivery addresses that would sometimes be a parking lot, school, or vacant home where several carloads of people were waiting for the FedEx driver to arrive.

In some instances ‘customers were jumping on the FedEx trucks and demanding online pharmacy packages’ and ‘drivers were threatened if they insisted on delivering packages to the addresses’ the statement said.

Instead of putting an end to activities, FedEx “adopted a procedure whereby Internet pharmacy packages from problematic shippers were held for pick up at specific stations, rather than delivered to the recipient’s address.” the statement added.

The indictment resulted from a nine-year investigation by US authorities. In a similar case, Google agreed to pay $500 million to settle charges that it sold advertisements to Canada-based online pharmacies that marketed drugs to Americans in violation of US law.