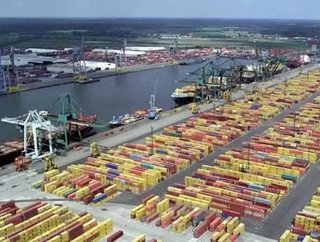 The European Commission has launched a new initiative to improve port operations and onward transport connections at 319 key seaports along Europes coa...

The European Commission has launched a new initiative to improve port operations and onward transport connections at 319 key seaports along Europe’s coastline. The guidelines and legal changes being proposed aim to help port operators upgrade their services and facilities as well as giving them more financial autonomy.

Almost three quarters of goods entering or leaving Europe go by sea, yet one fifth of that amount currently passes through just three ports: Rotterdam, Hamburg and Antwerp.

This imbalance between port performance results in congestion and extra costs for shippers, transport operators and consumers. According to a statement by the EU commission, the new proposals could save the European economy up to €10 billion by 2030 into addition to helping to develop new short sea links.

Key changes include: more transparent procedures to designate the providers of port services, priorty funding to develop the inland connections with ports, creates a new social committee to discuss and agree on dockwork-related issues, and extends the freedom of ports to levy infrastructure changes.

Vice-President Siim Kallas, European Commissioner for mobility and transport, said: "Our seaports are vital gateways, linking our transport corridors to the rest of the world. We already have some of the finest port facilities in the world. We need to keep them. But we are facing major challenges in terms of congestion, traffic growth and investment. More of our ports need to reach these high standards. The proposals today will bring Europe's port services into the 21st century, help attract investment and create jobs where they are most needed."

As part of the port optimisation, the commission is proposing more transparent and open procedures to designate the providers of port services, in addition to creating a port users’ advisory committee so local port communities can create a healthier business environment.  There will be rules to prevent possible price abuses by operators with exclusive rights

EU funding under the “Connecting Europe Facility” will have a new focus on port projects identified in the so-called TEN-T (trans-European transport network)corridor plans for priority funding on connections of ports with rail, inland waterways and road. Ports will be encouraged to play an active role in this, for instance by providing information on traffic flows.

The proposal extends the freedom of ports to levy infrastructure charges and reinforces the transparency in the way the charges are set and in the use of public funding.

Starting this June, the Commission will create a "Social Dialogue Committee for Ports" to allow employees and employers to discuss and agree on dockwork-related issues. The Commission will provide a technical and administrative support to the work of this Committee and will evaluate progress in 2016.

The initiative is part of the key action on maritime transport announced in the Single Market Act II adopted by the Commission in October 2012.