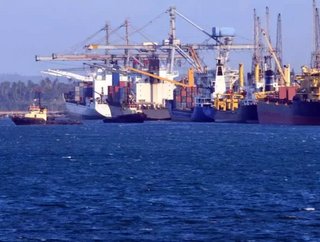 On January 18th, the first freight train from China arrived in London, marking a new highlight on the 12,000 mile China-Europe route that originates in...

On January 18th, the first freight train from China arrived in London, marking a new highlight on the 12,000 mile China-Europe route that originates in Yiwu, a commodities center in the eastern province of Zhejiang. Mainly loaded with textiles and consumer goods it reached its destination after an 18-day journey, about half the time it would have taken to be shipped via ocean freight.

London is the latest destination in an expanding rail network that connects across countries such as Afghanistan, Kazakhstan, Turkey, Spain and Germany under the "Belt and Road" corridor, a Chinese government initiative under the direct leadership of President Xi Jinping to recreate the ancient Silk Road trading routes.

This rail service is both a complementary and an alternative option to air and ocean transport, offering a cost-effective, environmentally friendly solution combined with timely delivery. It is therefore popular with companies shipping more time-sensitive goods, including fashion, automotive and electronics. Forecasts are promising, with the overall market rail volume expected to be around one million TEUs by 2020.

As initiatives go, “Belt and Road” is ambitious. China’s plan to open up a new avenue for global trade across over 60 countries will require funding estimated between $ 4-8 trillion; however, some experts estimate that it could also generate over $2.5 trillion of annual trade value by 2025, once fully activated.

In an era where protectionism is being hailed by some, Chinese president Xi stood out by speaking up for globalization at the recent World Economic Forum in Davos. The construction of railways, roads, ports, airports and other infrastructure in countries along the ’new Silk Road’ does indeed have the potential to foster trade and bring development to some of the least developed parts of the world. It will create new markets for Chinese exports and jobs for a part of the country’s workforce, but will also open up new avenues for trade to go East.

From a logistics and trade perspective, we welcome the initiative. However, in order for it to develop to its full potential, much needs to be done to ease complexity at borders. Governments and business are called upon to work hand in hand, with authorities focusing on simplifying the cross-border customs, regulatory and infrastructure conditions. Should governments in particular succeed in creating common frameworks and put the implementation of the WTO Trade Facilitation Agreement from 2013 on the top of their agenda, “Belt and Road” might indeed eventually become a boon for global trade.