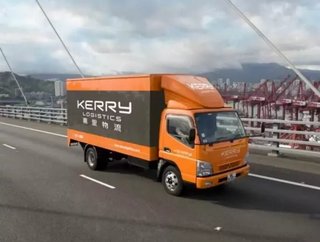 China Railway Import and Export Company and Kerry Logistics (China) Investment Limited, a subsidiary of Kerry Logistics Network, have announced they have signed a strategic cooperation agreement at a ceremony held in Beijing.

The agreement will leverage China Railway’s extensive railway network and experience in undertaking key domestic and international projects, and effectively integrate Kerry Logistics’ strong network in Southeast Asia and logistics service expertise. The strategic cooperation follows the national “Going Out” development strategy, for China’s large-scale enterprises to take full advantage of the new growth opportunities brought on by the “One Belt One Road” initiative.

General Manager of China Railway Huo Hongguang and President of Kerry Logistics (China) Edwardo Erni shared the same view that the move is an important measure taken under the new national strategy for both companies to strengthen their capabilities and further developments. In the future, to realise the potential of the “One Belt One Road” strategy, both sides will work together closely for the long-term growth and development of their businesses. They will jointly explore new growth opportunities by broadening their strategic partnership, in an effort to contribute to China’s growth and advancement on the global stage.
China Railway Import and Export Company was incorporated in 1988, under the approval of the former Ministry of Railways and the former Ministry of Foreign Trade and through investments in railways, it was established as a strong state-owned foreign trade enterprise.

Since its inception, leveraging its railway network, China Railway mainly focuses on foreign trade in an effort to build its own brand. It has successfully operated numerous international key projects including railway operations and maintenance in Saudi Arabia, as well as import of railroad parts to United States, Germany and France.