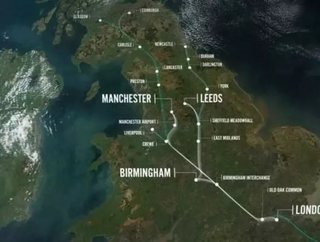 The Confederation of British Industry has commented on the recent report for HS2 Phase 2 by Sir David Higgins and has given his vision for economic rein...

The Confederation of British Industry has commented on the recent report for HS2 Phase 2 by Sir David Higgins and has given his vision for economic reinvigoration in the north a ringing endorsement.

In the report, Sir David Higgins, who was Chief Executive of Network Rail for three years, proposes the Government should accelerate Phase Two as soon as possible to take the line 43 miles further north than planned in Phase One, to a new transport hub at Crewe which could be completed by 2027, six years earlier than planned.

He said: “It is the right strategic answer, and not just for the area around Crewe; it would also deliver the benefits of HS2 – in terms of better services to the North – much sooner. On the other hand, the current proposed HS1-HS2 link is, I believe, sub-optimal and should be reconsidered. It is also vital to take the unique opportunity that HS2 presents for the North and use it to the full. And that can only be achieved through a regional, rather than a purely local or national approach.

“That is why, on Phase Two, I have suggested more work needs to be done on integrating HS2 into the existing rail network and potential improvements to it. HS2 should also be fully integrated into the plans that local authorities across the North are making to regenerate their particular economies and communities. It should form part of the effort to revitalise the northern economy as a whole.”

Across the UK, the CBI speaks on behalf of 190,000 businesses of all sizes and sectors which together employ nearly 7 million people, about one third of the private sector-employed workforce.

Katja Hall, CBI Deputy Director-General, said: "This report sets out a clear blueprint for the next phase of HS2. Businesses throughout the north will welcome Sir David's commitment to boosting growth, jobs and investment across the region.

“We agree that northern cities should speak with one voice and it's important that local transport providers and businesses are also involved if we are to prioritise the most cost-effective and beneficial upgrades for the north as a whole.

“Sir David is right to focus on improving east-west links and the priority must be on boosting connections not speed. Any proposals must be well thought-out and the business case water-tight."