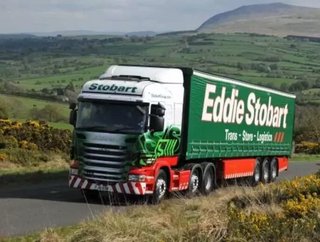 Stobart Group, the company behind the familiar green freight trucks seen regularly on UK motorways, is allegedly set to start selling off its businesse...

Stobart Group, the company behind the familiar green freight trucks seen regularly on UK motorways, is allegedly set to start selling off its businesses, following a boardroom coup which saw the retirement of Non-Executive Chairman Rodney Baker-Bates.

Following an interim statement which warned of a lower than expected operating performance from September 1st, majority shareholders Investco Perpetual, with a 37 percent share in the company, are reported to have ‘led’ a boardroom coup, following a deep in shares of one quarter, according to the Financial Times.

A statement from the group detailed the departure of Baker-Bates, who has served as chairman since September 2007, along with David Beever, a Non-Executive Director who has also decided to step down from the board with immediate effect.

To take the place of the two non-executives, the board ‘decided to appoint Avril Palmer-Baunack as Executive Chairman with immediate effect’.

Avril became a Group executive director and Deputy Chief Executive on 18 September 2012 following the Group's acquisition of Autologic, and ‘has extensive experience in delivery of strategy and shareholder value within the public company environment’, according to the online statement.

"To meet the challenges and opportunities within our strategy the board now believes it is appropriate that Stobart is headed by an Executive Chairman. In the relatively short time that she has been with the Group, Avril has demonstrated to the board that she is the right person to carry out this demanding role. We look forward to supporting her leadership and I personally look forward to continuing to work with Avril to deliver the inherent value of our business."

The Stobard Group, which owns a number of companies including London Southend Airport, highlighted the underperforming divisions in their profit warning and claimed that ‘negotiations are continuing on the disposal of several properties within the portfolio’.

‘The board continues to focus on realising value from all investments in the short and medium term, whilst managing the business in the delivery of trading results in the current uncertain economic environment.’