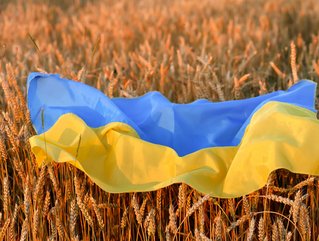 Ukraine is known as 'the breadbasket of Europe'
Supply chains hit by Putin's Ukraine invasion, with prices up, and availability down, on oil, diesel and cereal crops - while freight is disrupted

The Russian invasion of Ukraine is affecting supply chains in many direct and indirect ways, in terms of disruption, increased prices and other knock-on effects. The following is a summary of the main pain points so far (with thanks to Freightwaves).

When the CME commodity exchange settled on Friday (February 26), the price of diesel was US$2.8495 a gallon. That was just 1 cent higher than where it was on February 3.

(NOTE: CME Group is the world's leading and most diverse derivatives marketplace, offering the widest range of futures and options products for risk management.)

There have been no sanctions targeting Russian oil exports; much of Europe and also the US relies on Russian oil and gas. This has left traders free to buy as much as they want.

Russian exports roughly 4 million barrels a day of crude-oil products to Europe, and around 400,000 barrels a day to the US. But economic sanctions imposed by the US and EU mean it will become more difficult to move Russian oil, and it is this that is boosting the price.

With oil increasing in price, the cost of marine fuel (also known as bunker fuel) will also increase by a similar amount, because historically this has been the pattern.

This will leave companies that need to ship containers around the world - which is 90% of them - facing another massive hit in the pocket. Inevitably, this will mean businesses passing on extra costs to consumers.

The European Union, US  and Canada have all barred Russian aircraft from their airspace, denying landing, take-off and flyover rights. Combined with notices for their own nation’s aircraft to avoid airspace over Belarus and western Russia, this means cargo airlines will lose direct freighter routes from Asia to Europe.

This will result in more circuitous routes for the logistics sector, and increases in time and costs.

Port congestion is already at record highs, thanks to the pandemic, which has prompted imbalances in supply and demand, and this is expected to worsen as ports and carriers relocate cargo that is destined for Ukraine.

Maersk, for example, now plans to discharge Ukraine-bound cargo in Port Said, Egypt, and in Korfez, Turkey. One big challenge facing the shipping lines is to find alternative ports that have adequate electric plugs for refrigerated containers that are used for perishable commodities. The UK, meanwhile,  has banned Russian vessels from entering its ports,

As for tanker and container shipping, this is already feeling major effects from Russia’s invasion of Ukraine. Container lines had already ceased calls in Ukraine for safety reasons, and are now no longer calling at Russian ports.

The shipping news site, Freightwaves, reported on Monday that Maersk told its customers that its preparations “include a possible suspension of Maersk bookings to and from Russia on ocean and inland”.

The suspension of sea-shipping services to Ukraine and Russia is forcing cargo already en route to be redirected and dropped at alternate ports, exacerbating congestion and network inefficiencies.

Meanwhile, in the tanker market, although sanctions have yet to target the transport of Russian oil, vessel owners are refusing to load Russian cargo.

Ukraine is the fourth-largest exporter of agricultural products globally, and is known as ‘the breadbasket of Europe’. Because of this, the conflict is expected to significantly impact agricultural supplies

Export shipments of wheat, corn, barley, sunflower seeds and sunflower oil will be restricted because of the war but also because of economic sanctions placed on Russia, Oregon-based economist and consultant Jay O’Neill told Freightwaves.

“Foreign buyers of these products will have to look to alternative origins and alternative commodities for their supplies,” O’Neill added. “The needed adjustments in the supply chain and logistical pipeline will create increased product cost and added tonne miles to shipments, which in turn will add to the cost of freight.”

The shift in global agricultural  trade could result in increased buying interest in US and South American corn, and in Australian and Canadian barley. This could result in price jumps for consumers, O’Neill said.

FreightWaves market expert Mike Baudendistel says that he feels the main impact here will be the inflationary impact of the war.

“It will exacerbate cost inflation for companies,” says Baudendistel. “That cost pressure is likely to be most acutely felt in ingredient prices, which typically make up about 70% of a CPG company’s cost of sales. In addition, rising energy prices should contribute to higher transportation costs and higher packaging costs, much of which is petroleum-based.”