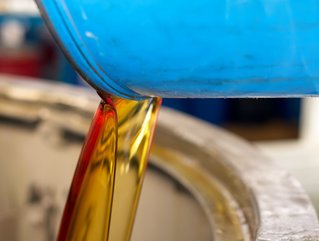 With 100,000 Russian troops camped on Ukraine’s border, the world continues to wait nervously for Vladimir Putin to make his move. Among the nervous hordes are businesses who rely on ocean shipping to keep their supply chains moving.

Given 90% of the world's merchandise is shipped by sea, that’s pretty much everyone.

A huge concern for these companies is that a Russian invasion will trigger a chain of events that will result in a massive spike in the price of oil - something that would further inflate already record-high shipping costs.

JP Morgan has warned that, were Putin to invade, Brent crude oil prices could rise as high as $150 per barrel, which would be double the $75 average price in Q4 2021. This year alone, Brent oil has increased by 12% a barrel, as strong demand outstrips global supply. On Friday (January 31) a barrel cost $88.

Invasion would see the price of oil soar because of sanctions on Russian exports - including oil -  that would be brought to bear by the US and the EU. Were oil to double in price then the cost of marine fuel (also known as bunker fuel) would increase by a similar amount, because historically this has been the pattern.

Shipping companies will then have to decide how much of this extra cost they pass on to their customers. Businesses will not be holding their breath on much largesse from the shipping lines, all of whom continue to report vastly increased revenues - fuelled by container charges that on some routes are nine times higher than the pre-pandemic norm.

If bunker fuel doubles in price then those who need to ship containers around the world face taking yet another massive hit. How much of this extra cost businesses pass on to you and me, the consumer, is anyone’s guess but if Putin invades Ukraine one thing is for sure: nothing will get any cheaper.

Such geopolitical instability and uncertainty will create a perfect storm for sea shipping customers, who are already enduring once-in-a-lifetime levels of disruption and inflation, none of which is likely to settle down any time soon.

Port congestion continues to be a problem the world over, and with the upcoming Chinese New year celebrations likely to cause even more disruption, it’s no surprise most analysts are predicting precious little reduction in shipping costs until well into 2023. And that’s without Putin invading Ukraine.

"The latest geopolitical tensions between Russia and Ukraine raise the risk of a material spike this quarter," JPMorgan economist Joseph Lupton says. "That this comes on the back of already elevated inflation - running at a multi-decade high last quarter - and a global economy that is being buffeted by yet another wave of the Covid-19 pandemic, adds to the near-term fragility of what is otherwise a fundamentally strong recovery."

Which is just another way of saying, ‘Gulp.’