Tesco takes hardline with suppliers in fight against plastic 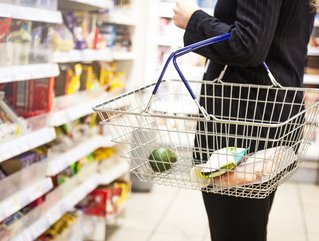 British supermarket giant Tesco has unveiled the second phase of its ‘

British supermarket giant Tesco has unveiled the second phase of its ‘Remove, Reduce, Reuse & Recycle’ initiative, proudly stating that it “will have eliminated the hardest to recycle materials from own brand products by the end of 2019”.

With phase one’s goals, put into place in 2018, set to be achieved through the absence of such materials in Tesco’s own-brand products, the target now is to achieve the same goal with its third-party suppliers. Dave Lewis, Group CEO at the firm, said in the announcement that Tesco reserves the right to remove any products from its offering that do not comply with its tough stance on excessive packaging and materials that pose recycling challenges or roadblocks.

Tesco has conducted four meetings with over 1,500 of its suppliers to set out its vision which is due to take effect as of next year via audits on packaging size and suitability across its full product range.

While the strategy is certainly bold, the company is the UK’s leading supermarket group – leading the pack with a 27% share of the market – and suppliers will be loathe to lose a spot on its shelves.

In Tesco’s statement, Lewis stressed the necessity of the company’s actions and the pressing nature of both the climate crisis and the staggering depth of plastic wastage globally. He called once again upon the UK government to deliver a stronger recycling infrastructure that caters to a broader range of plastics, as well as implementing a national collection service.

“Without a national infrastructure, industry efforts to improve the recyclability of materials used in packaging will be a drop in the ocean,” he said. “In January 2018, we called on the Government to introduce this infrastructure and offered to help, including giving space in our car parks for recycling and testing the collection of materials not currently recycled by local councils. That invitation stands and the need for action has never been more pressing”.

The statement noted the tangible successes of Tesco’s plans, including a 31% reduction in packaging weight per unit sold (compared with 2007’s figures) that subsequently mitigates fuel consumption from lorries transporting the goods.

It added that cutting the size of packaging for multipacks of crisps by 23% has cut packaging weight by 5,000 tonnes along with a 50,000 road miles reduction in respective lorry travel. While weight is a considerable factor, the compact nature of minimised packaging enables more efficient lorry loads and, consequently, fewer journeys.