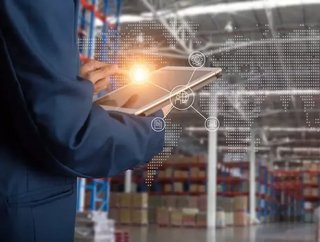 A new report has found that 1bn metric tonnes of emissions savings could be achieved if key suppliers to 125 of the world’s biggest corporate purchase...

A new report has found that 1bn metric tonnes of emissions savings could be achieved if key suppliers to 125 of the world’s biggest corporate purchasers increased their proportion of renewable electricity by 20 percentage points.

The report, CDP’s Changing the Chain, saw environmental data analysed from almost 7,000 supplier companies collected on behalf of their customers. The 125 big purchasers include major companies such as: Walmart, L’Oreal and Samsung Electronics. The data found that the average proportion of renewable electricity suppliers purchase consists of 11% of their total electricity. By increasing the proportion of total electricity they purchase by 20 percentage points next year, it is expected to reduce greenhouse gas emissions by a gigaton in one year.

It was found that the average proportion of renewable electricity suppliers purchase consists of around 11% of their total electricity. It was also revealed that supply chain emissions are around five and a half times as high as a corporation’s direct emissions. 1bn metric tonnes is equivalent to the emissions of Brazil and Mexico combined.

“As world leaders gather in Madrid this week, we stand at a critical crossroads,” commented Sonya Bhonsle, Global Director of Supply Chains at CDP. “With supply chain emissions being on average over five times as high as a corporation’s direct emissions, this makes the trillions in procurement spend by large corporate buyers a critical leverage tool for driving climate action at scale.

“Our analysis shows a gigaton of emissions savings up for grabs if suppliers increase their proportion of renewable power by 20 percentage points on average. This would be a big step, but it is achievable. However, with just 4% of suppliers reporting a renewable energy target we’re not seeing that level of ambition yet. We need to see all buyers engaging proactively with their suppliers to unlock this huge opportunity.”

The report also revealed that suppliers announced a combined $1trn of financial impact from environmental risks. The findings were based on data from two sources. Data on suppliers: Nearly 7,000 supplier companies out of 13,000 requested disclosed environmental information through CDP’s platform in 2019 following the request of their customers. Data on buyers: a survey was also sent to the 125 supply chain members, with 44 responding in 2019.

For more information on all topics for Procurement, Supply Chain & Logistics - please take a look at the latest edition of Supply Chain Digital magazine.