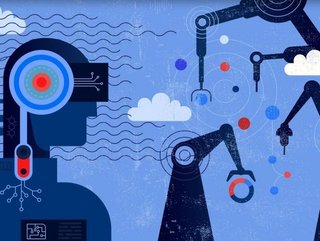 The countries with the most robots per 10,000 employees are South Korea, Singapore, Japan, Germany, and Sweden, followed by Hong Kong, the US, Taiwan, and then China.
National Bureau of Economics Research Study suggests automation in plants like Foxconn's iPhone factory in China increases unemployment & early retirement

Workplace automation – increasingly a staple in warehousing and distribution centres – also appears to negatively impact family debt and the number of children born to affected families, while adding to the time and money that families invest in existing children.

The study was conducted by the National Bureau of Economics Research in the US, and is entitled How do Workers and Households Adjust to Robots?

The authors focused on data from China because in 2014, Chinese President Xi Jingping called for a “robot revolution” to boost manufacturing. Also, at that time China's Five-Year Plan included billions of yuan to accelerate factory automation.

China has the world’s largest number of industrial robots, the authors note.

The countries with the most robots per 10,000 employees are South Korea, Singapore, Japan, Germany, and Sweden, followed by Hong Kong, the US, Taiwan, and then China. These figures are from the International Federation of Robotics, a professional non-profit organization to promote, strengthen and protect the robotics industry worldwide.

The researchers point out that although investment in robots is helping China boost productivity amid rising labour costs, automation is also affecting the economic prospects of hundreds of millions of Chinese workers in manufacturing and other sectors.

Up to 77% of jobs in China 'affected by automation'

They argue that as many as 77% of Chinese jobs are susceptible to automation, and point to industrial manufacturing giant, Foxconn, the Taiwanese multinational electronics contract manufacturer.

Although automation appears to have some downsides for manual workers, at least robots don’t riot, as did Foxconn’s largely 20,000 migrant workforce recently, over the company’s approach to managing and paying its workers amid the ongoing Covid lockdown in China

The authors say that between 2010 and 2016, they found "significant negative effects of robot exposure on employment and wages".

They claim that even low levels of exposure to robots in the workplace can reduce an individual's probability of being employed by 6%. They also found robot exposure reduces hourly income by 9%.

The report also suggests that as robots proliferate, older workers are likelier to retire early, while younger workers are more apt to take on technical work, and to engage in training programmes, in order to maintain their value in the labour market.