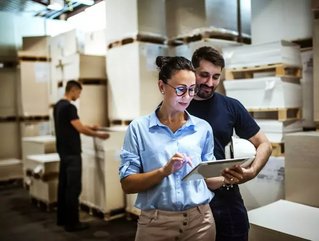 As one of the biggest challenges in recent history, the COVID-19 pandemic has disrupted industries across the world. In a bid to combat this obstacle, testing is recognised as one of the main components of efforts to contain the virus and mitigate its impact.

Many regions globally are experiencing a shortage of laboratory-based molecular-assay tests. In the United States, testing capacity stands at between 3-3.5 million tests weekly, a figure well below even some of the most conservative estimates of the number required. The estimated number needed ranges from 6 million tests a week to 20 million a day. In perspective, the current global capacity for molecular tests within laboratories is estimated to be around 14-16 million tests a week, with the number of tests actually conducted being less than 10 million weekly. As a result, scaling the supply of tests, in addition to ensuring that they reach those that need them, is crucial. Even as disease-prevalence rates fall and economies reopen, identifying those that are infected will likely remain a priority, both to treat and isolate them and to further epidemiological knowledge of the disease.

There are five main activities in the process for delivering laboratory-based molecular-assay tests: sample collection, logistics, test execution, data management and testing-capacity management. All should be executed harmoniously to maximise supply in a complex testing ecosystem, but bottlenecks can occur at each point.

Sample collection is needed for all diagnostic testing. A shortage of the supplies needed to collect samples, such as swabs and viral-transport mediums, and a limited number of testing sites have sometimes led to long waiting times for a COVID-19 test and for key workers going untested. Some progress on addressing these issues has been made, with an increase in the supply of swabs, traditional manufacturers increasing capacity, with some manufacturers using 3D printing. Some health authorities have approved alternative transport mediums, and different types of samples. Studies have indicated that the test results from such alternatives could be as accurate as those taken from swabs.

Logistics firms play an influential role at two points in the testing supply chain: the shipment of components from sources globally to testing laboratories and the transportation of samples from collection points to laboratories. Neither issue has proved to be as significant a constraint on testing as the other issues highlighted in the article. They could become more problematic as countries expand testing, which means both issues could be monitored more closely.

McKinsey’s three short-term measures that could help maximise the utilisation of existing resources in as few as three months are:

A clear view of the unused testing capacity available is crucial if it is not to go to waste. Here, the establishment of information nerve centres that collect data on local capacity then match it with demand on a daily basis could help. As more capacity comes on stream, a nerve centre’s overview could also help health authorities expand testing quickly—for example, offering tests not only to healthcare workers and those in hospital but also to vulnerable members of the community. Nerve centers could also act as repositories for critical data on the inventory levels of consumables and testing reagents and on potential suppliers, helping governments and healthcare providers plan ahead and prevent shortages.

Local laboratories may not be fully utilizing installed equipment for a number of reasons, ranging from suboptimized workflows to lack of trained personnel. Unlocking all available capacity starts by compiling a full inventory of the installed equipment base, distinguishing between open and closed systems, then calculating the maximum theoretical laboratory capacity, given the installed base. That allows companies to locate and address bottlenecks, be it by establishing new workflows, hiring additional personnel, or finding alternative suppliers of reagents if open-source systems are used. Universities and major diagnostic manufacturers could perhaps partner with local laboratories to help with some of those issues—providing open-system equipment they have in their own research facilities, reagents, and trained personnel, for example.

Laboratory capacity can be raised by increasing the equipment footprint in existing laboratories and by establishing new, high-capacity laboratories. Collaboration among governments, public-health organisations, equipment manufacturers, and private laboratories can accelerate such efforts. Novacyt, a UK and French diagnostics company, has collaborated with AstraZeneca, GlaxoSmithKline, and the University of Cambridge to increase testing capacity in the United Kingdom, for example.