The Boeing 787 Dreamliner: A tale of TERRIBLE supply chain management 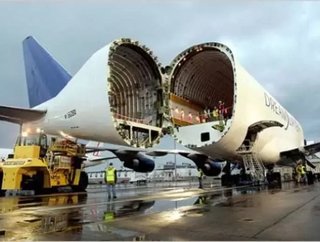 Boeings production of the 787 Dreamliner is almost laughable. It has become such a mess, such a supply chain disaster, that it almost makes you think B...

Boeing’s production of the 787 Dreamliner is almost laughable. It has become such a mess, such a supply chain disaster, that it almost makes you think Boeing execs made Dreamliner decisions in some sort of strange alternative universe, like the Twilight Zone or something. Now I understand that hindsight is always 20/20 so it’s easy to say that things should have been different, but I would have loved to have been in the production meeting where the Boeing execs decided that outsourcing nearly every aspect of the Dreamliner’s production was a savvy business move.

This is the same aircraft that Boeing said was one of the most important in its history. It’s the same one that will deploy the latest technology and most revolutionary design in the history of passenger air travel. This is the aircraft that will supposedly set the standard for all aircraft manufacturers to follow in the future. The Boeing 787 Dreamliner is the first of its kind use carbon-composites in its structure. Considerably lighter than its aluminum counterparts, the 787 Dreamliner will operate on 20 percent less fuel, which can mean millions upon millions in savings each year for the major airliners.

Naturally, Boeing also thought this was also an ideal time to say, “F*ck it. Let’s throw out everything we’ve ever known or used in airplane production and use this new, unproven method.”

How did that conversation even start? If it was about costs, it didn’t work. Boeing will tell you that Dreamliner production has been about as cost effective as driving a Hummer. They are paying late-delivery fees out of their butts. More than likely the reason for the outsourcing move came simply because Boeing execs just got cocky. They thought they could use over 50 suppliers from multiple countries across the world and get away with it. They thought they had a tight enough grip on their supply chain that it wouldn’t matter. They thought that outsourcing things like engineering and manufacturing would be as seamless as outsourcing a call center.

But there’s a tricky thing about outsourcing. It’s supposed to be used for a company’s non-core areas of business. It’s supposed to be for things like IT, graphic design and website building. I didn’t think it was ever about your core areas of business. So when Boeing outsourced things like engineering and manufacturing, one had to wonder, “If they are outsourcing that, then what are Boeing’s core areas of business?” You just don’t outsource your the areas where you are most competent. If you do, you run the risk of becoming fully reliant on your suppliers. That’s what Boeing did, and now they are paying for it dearly.

Boeing even touted the fact by openly saying it was getting a “world of help” (pun intended) on the 787 Dreamliner. It's not that big of a shock to receive parts from global vendors, but Boeing was using so many that you had to wonder if they were still part of Team America. Sources from South Korea, Italy, Japan, Australia, China, Sweden, France and Canada all have significant roles in the production of the 787 Dreamliner. The cogs in receiving supplies from such a vast network of global vendors have taken its toll on Boeing.

Boeing was supposed to debut the 787 Dreamliner in a test flight in August 2007 and then achieve first delivery in May 2008. Boeing, however, has been pushing the date back ever since, much to the chagrin of Dreamliner buyers. They finally got the Dreamliner in the air for a test flight in November 2010, but it had to do an emergency landing after an unexpected fire on board. (Go figure) Boeing recently said that they hope to have the plane operational by the 3Q of 2011, but really they should have just said, “It will be ready, when it’s ready.”

Boeing has cited everything from a shortage of bolts (seriously) to inadequacies in flight control software for delayed production. What did they expect with their expansive vendor list? Boeing effectively outran the ability to effectively manage the supply chain and in doing so they lost control of the 787 Dreamliner. In fact, I’m not sure Boeing ever had control of it in the first place. The company’s fate with regards to the Dreamliner was always in the hands of its suppliers.

Didn't someone present this supply chain danger in a risk management presentation to upper management? They had to have. That’s what large corporations do. So the fact remains that either Boeing execs simply disregarded the warnings, or they were cocky enough to think they were bigger than supply chain management; that they could slip by using a new, cost-effective approach that had never been seen before in Boeing’s 90-plus year history.

And we are all seeing how that's working out. Good work, guys.

Want more? Of course you do. You made it this far, so check out how Apple manages it's Supply Chain or Caterpillar Logistics Supply Chain Rule of Thumb.

As always, don’t forget to check us out on Facebook, and if you want to get in touch with me personally, hit me up with a message on my personal page: Brett Supply Chain