View Full Report
Nearing the end of its ambitious 2015-2018 procurement strategy, City of London Corporation is cutting through the noise with best in class procurement...

The City of London Corporation may be over 800 years old but it has developed an innovative procurement strategy that is firmly rooted in today’s business world.

City Procurement plays a vital role in how the City of London Corporation buys and pays for the goods, works and services that it needs. Recognising this, it has embarked on an ambitious 2015-2018 procurement strategy and, with delivered efficiency savings of £23.4m since 2015 alone, it seems it has been a roaring success.

Through this strategy, City Procurement has helped to close the organisation’s budget gap and protect frontline services, all whilst leaving a positive footprint in London communities and beyond.

Around two years ago, Christopher Bell became the City of London Corporation’s first Commercial Director, signalling the changing requirements within procurement and commercial activities. Since then, he has been named CIPS procurement and supply chain management professional of the year, and his team has helped to generate over £23mn in savings for the organisation.

“The award is in recognition of the hard work the whole team has put into this strategy with the support of the organisation to change things here at the City of London Corporation,” comments Bell. “Procurement, commercial activities and working in partnership with suppliers are fundamental to any business and I think it's fair to say that, in the last four years, there's been a growing appreciation of how important it is here at the City Corporation,” he adds.

“We are now in a place where the organisation understands, respects and knows it is an important part of ensuring that we have the best suppliers and partners in place to deliver services to London.”

The City of London Corporation is a unique body. It has responsibilities for delivering local authority services, such as social care, roads and highways and waste collection, but it also has a wider remit.

“We are here to support and promote London as one of the premier cities to do business in and be located in,” notes Bell. “We also have City Bridge Trust, our charitable arm which gives around £20m a year in grants to London’s charitable organisations. So, it’s like a three-in-one business whereby we're all aiming to benefit the people of London.”

Through its ambitious strategy, the City Corporation has reiterated its goal to become a leader in innovative, sustainable and modern procurement practice in the public sector. But with such a far-reaching remit, this was, by no means, an easy task.

“I think to create the foundations of operational excellence you've got to start by establishing good governance,” Bell explains. “That begins by getting the leadership on board, so finding key stakeholders and having a mandate from the top of the business to support the transformation.

“That meant a lot of stakeholder engagement, presenting at different committees and getting people to support the aims and understand the journey that we were going on.

“We also established a procurement steering group, which meant that senior parts of the leadership were part of shaping that journey, supporting the messages and driving the change.

“Additionally, we established seven category boards across the organisation to look at areas of the business that had the most spend and to bring together stakeholders from the business who had a commonality of spend,” he continues.

“This allowed them to own and be a part of shaping the strategies. It allowed us to see how we could do things differently and really challenge the status quo. Those category boards were pretty much the engine rooms of the transformation.”

On top of this, the organisation also introduced No Purchase Order (PO), No Pay, to allow for easy order tracking, timely supplier payments and increased visibility of spending. In fact, whilst the organisation used to have around 60% compliance with No PO No Pay, it now has around 97% compliance.

Yet, of course, perhaps most importantly it is the people who contribute to operational excellence. As such, the City of London Corporation has made significant efforts to upskill and train its team. The body also underwent a complete restructuring which ensured its team had a greater balance of skills and qualifications.

“We significantly invested in training. So, when I first joined the organisation there were around three or four CIPS qualified employees – today there's around 17 with another five or six training,” said Bell.

“On top of this, we also developed a soft skills programme called Impact and Influence, because not only do we need the core procurement skills, we also need people with right soft skills.

“Procurement is about getting stakeholder buy-in, having people take risks, considering new ways of doing things, being able to negotiate and being able to deal with pushback.

“So, we developed a course and that's really helped people become confident in how they deliver orally and in a written way, and we also went out to the market and tried to hire the best people which is not easy in a competitive marketplace.”

The second pillar of the City Corporation’s procurement strategy – value for money – is an equally important one for the group. By introducing the City of London Corporation Savings and Efficiency handbook and setting ambitious targets, it has driven savings whilst continuing to deliver quality services to the community it serves.

“To provide value for money we asked ourselves ‘could we do things differently? Can we find efficiencies and commonality in spend? Who should we be collaborating with?” Bell says. “We really challenged the accepted norm about how we procure goods and services.”

Corporate social responsibility has, of course, been integral to City Procurement’s strategy and, as a result, the body has worked diligently to maximise the economic, social and environmental benefits from every pound that is spent.

It has pledged to reduce CO2 emissions and waste and promote biodiversity and nature conservation. Additionally, it has also vowed to procure locally where possible, to engage with SME’s and social enterprises, deliver the real living wage and more.

“Underpinning our strategy is a sense of corporate social responsibility which we have established as a ‘golden thread’ across everything we do,” Bell says. “There were clear ambitions in the corporation about certain strands of responsible procurement, but we wanted to build that all together and have a focus on social value, environmental wellbeing and ethical sourcing in everything that we do.”

Technological innovation has taken the procurement discipline to new heights and, not one to be left behind, City Procurement has made it the fourth and final pillar of its strategy. Enhancing efficiency across its sourcing, City Procurement has implemented e-procurement, e-invoicing, purchasing cards and accounts payable forensics to work in a more innovative way.

“We introduced more and more innovation and technology and this was growing in line with the maturity of our procurement function. For example, we worked with Lloyd’s Bank to bring in purchasing cards which helped to drive better process efficiency and value for money.

“We also worked with Bravo Solutions and Basware to introduce an e-tendering solution and create an e-catalogue and e-invoicing regime which have been great partnerships.”

A strong procurement team is nothing without sincere relationships with suppliers and partners alike. At the City of London Corporation, Bell says that its strong reputation and eye for continuous improvement has helped its procurement function grow.

“I think suppliers just like to be told and be advised what we're trying to achieve. We had a supplier day two weeks ago where we had 150 suppliers turn up for our major works contract, which is not out in the market as yet. That would have just been unheard of four years ago,” notes Bell.

“We are seen as a prestigious organisation. We are fair to suppliers, supplying them with the right information to tell them what we’re trying to achieve and that’s been key. We have also partnered with other organisations who are perhaps stronger in more specialist areas to bring in new knowledge and expertise.

“During my time at the City Corporation, one of the more specialist, challenging and iconic projects has been the building of a new swimming pool at our Freeman’s School,” adds Bell. “Finding a construction delivery partner with the correct experience and willingness to work in a live school environment was key. Gilbert Ash proved to be this and more, delivering an outstanding facility that has been a worthy winner at design awards across the country recently.

“Our organisation has a wide and varied range of services it provides. In an ever-changing environment with a need to transform, having access to consultants in a competitive arena is key. Partnering with companies such as Bloom offered us an advantage.”

With cost savings in the millions, Bell says his team can be very proud of the transformation at the City of London Corporation. Today, the organisation has a robust procure to pay (P2P) service, one which has been recognised by both the leadership and external bodies alike.

“We are responsible for the full P2P cycle so we own the whole relationship from end to end,” explains Bell. “That gives us a unique position to manage, change and shape ourselves so that we can continuously improve.

“I think it's fair to say that what was a really tough challenge has snowballed into a really successful fast-paced transformation. It has even surprised me at times, how well we've progressed and how far we have come in such a short space of time.

“This could only be done with the right people and the right skills that we have brought in to the organisation,” he adds. “We have a very hard working committed professional workforce and that's the game changer because that's the bit that you can't guarantee. We're fortunate that we've built an exceptional team here.” 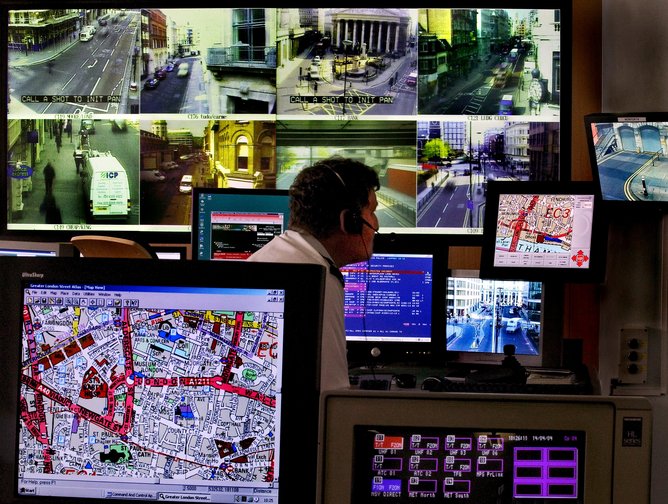 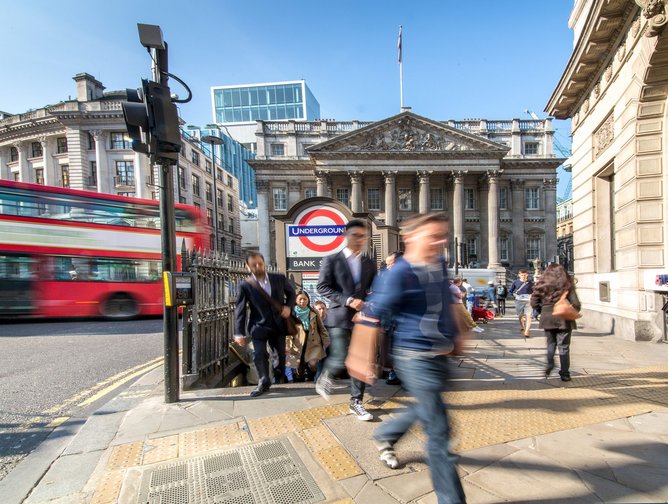 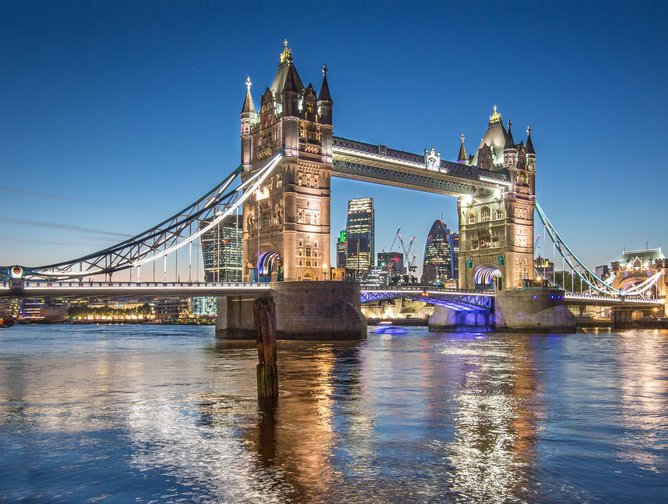 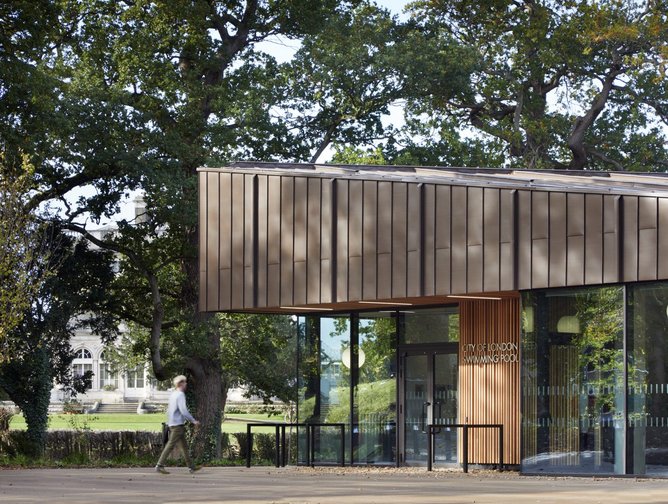