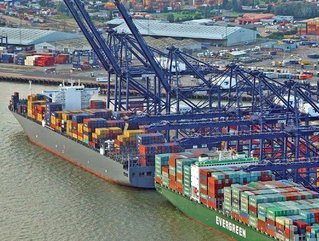 The prestigious title of being the world’s biggest or busiest seaport has always been contested between numerous ports over the years due the c...

The prestigious title of being the world’s biggest or busiest seaport has always been contested between numerous ports over the years due the cumbersome task of working out how a port is bigger or more ‘busy’ than another.

It may come as a slight surprise to see Felixstowe on the list, but it is the UK’s largest container port and deals with nearly half of Britain’s containerised trade. Work has also started on expanding berth 9 so Felixstowe could move up future lists.

This seaport serves as a gateway to eastern African countries such as Uganda, Rwanda, Burundi, DRC, and Southern Sudan. Port of Mombasa encompasses Kilindini Harbour and Port Reitz on the eastern side of the Mombasa Island and the Old Port and Port Tudor to the north. Facilities include 16 deep water berths and two oil terminals.

The Busan Port Authority (BPA) has only been running the Port of Busan for a decade, but in that time the port has developed into one of the world’s leading ports. Busan handled over 17 million containers in 2012 alone.

The Port of Hamburg managed to achieve above-average growth rates both in cargo-handling operations overall and in container traffic last year. Strategically placed 110km from the North Sea and with a total handling volume of 140m tonnes, Hamburg is set to further increase its market share in Europe.

This Brazilian facility is the busiest container port in Latin America and therefore vital for the export of goods from the continent. For example, the Port of Santos exported 12.8 million tonnes of sugar in the first eight months of 2013 alone.

Sprawled a staggering 54 miles along the Mississippi River, the Port of South Louisiana is the largest tonnage port district in the western hemisphere. The largest port in the United States sees over 4,000 ocean-going vessels and 55,000 barges call at the port each year.

The port has remained the second in cargo throughput in China and has 309 productive berths. The rapid development of Ningbo-Zhoushan has also seen throughput capacity and cargo throughput all surpass 100 million tonnes. This huge port is also set to expand further in the coming years.

The Port of Rotterdam used to have the title of world’s busiest port in terms of cargo tonnage, but was overtaken by Far East counterparts in recent years. It is still by far the biggest seaport in Europe though- the 40 kilometre facility deals with an annual throughput of 450 million tonnes of cargo a year.

Accounting for one-seventh of the world’s container transhipment throughput and having handled 32.24 million TEU’s of containers, the Port of Singapore is a truly giant port. Also one of the globe’s largest refrigerated container ports, Singapore is connected to more than 600 other ports around the world.

Shanghai’s seaport covers the size of 470 football pitches and handled more than 736 million tonnes of cargo in one year, making it the busiest port in the world. The port has in no small part helped China leapfrog the US and become the world’s largest trading nation.

Based at the gateway of the East China Sea, where the Yangtse River known as the Golden Waterway flows into sea, Shanghai holds a vital location for foreign trade. In fact, the annual import and export trade throughout Shanghai accounts for a quarter of China’s foreign trade in terms of value.

With Shanghai’s increasing expansion and China’s breakneck economic growth, the port is set to remain at the top of the list and keep the title of being the world largest and busiest port. 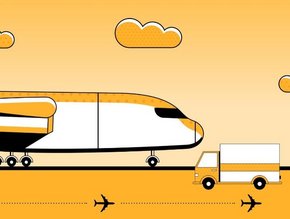 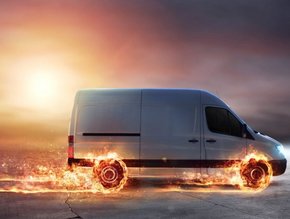 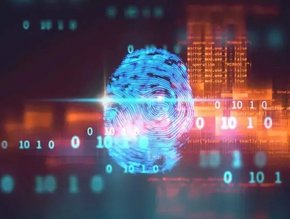