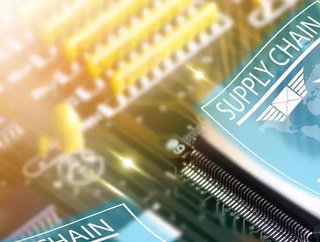 With the Biden administration’s China policy taking shape, the virtual CEO summit hosted by President Biden on April 13, is an event that has gained attention among many quarters recently. In what to be a show of “strategic patience” on the China policy, President Biden has made it clear that his administration is looking to achieve two goals, strengthening of America’s semiconductor industry and securing the nation’s supply chain of those vital technologies, including semiconductors, from the CEO summit which brought together 19 multinational companies (excluding the Chinese counterparts) in a single event. As hinted and outwardly elucidated by President Biden himself, these two goals are geared towards preserving the US’ technological leadership in the semiconductor industry as well as keeping China out of the supply chain to which American industries relied upon.

Gaining bipartisan support in Washington when it comes to rivalling China in the technological competition, the whole endeavour of reorganising the world’s semiconductor supply chain is a massive undertaking that concerns its allies in East Asia as much as it is for Beijing. This stemmed from the fact that these American allies are the sources of semiconductor supply and such importance was evident in the participation of multinationals with the likes of Taiwan Semiconductor Manufacturing Company (TSMC) and Samsung, in the recently held virtual CEO Summit. Likewise, by reorganising the world’s semiconductor supply chain without the presence of the Chinese stakeholders, it is expected that Beijing will enact its own set of responses against such technological isolation as architected by the Biden administration. In all, we should expect the following scenarios to envelop in the coming months to years.

What should we expect in the coming months?

First, a ‘clean’ semiconductor coalition in East Asia is bound to be established with the US as the leader and main coordinator for such an alliance or partnership. While most of the world’s goods are made in China and easily replicable by the Chinese counterpart, the same is not for the semiconductors. As the core of various technologies such as artificial intelligence (AI), supercomputer and so forth, semiconductors are the most secretive ‘gems’ to which their makers safeguarding any counterfeiting attempts by other parties through intellectual property (IP) and other legal means around the world. With TSMC and Samsung monopolising 10nm–5nm chips’ production while at the same time, reigning supreme for those 32nm–12nm chips today, both Taiwan and South Korea are but natural partners to Washington’s reorganisation of semiconductor supply chain in the world. This is the first foundation that readily prepared the US for the reorganisation of the semiconductor supply chain in the world.

Coincidentally, both South Korea and Taiwan are also highly dependent on the US military for their national security. Whether it is to safeguard against North Korea’s military incursion or a deterrence force against China in the Taiwan Strait, the US’ security role is essentially critical for the maintenance of the status quo in the region. Given such built-in military alliance (South Korea) and partnership (Taiwan), the Biden administration is presented with another strong foundation to push its semiconductor cooperation with both Seoul and Taipei in the coming months. Needless to say, the same foundation is being leveraged by the US to strike the much-anticipated semiconductor deal with Japan in the two national leaders’ summit held this April.

Second, it is expected that South Korea’s stand on the US-led ‘clean’ semiconductor coalition will waiver as the country is placed in a dilemma between supporting its security ally in Washington or avoid antagonising Beijing for economic interest. Unlike Japan which is expected to demonstrate its support for the US-led semiconductor supply chain, South Korea has yet to make its stand clear when comes to joining the coalition that lucidly aims at excluding China from the global semiconductor supply. This is not hard to understand as China remained to be South Korea’s largest trade partner and the latter’s participation of the US-led semiconductor supply chain is bound to reverberate strong economic responses from Beijing, a point that had been demonstrated by China’s nationalistic campaign against consuming South Korean products and visiting the country in the latter’s opposition to the installation of the US’ THAAD missile defence system in South Korea.

On the other hand, Seoul’s primary and tangible security threat remained to be North Korea and not China. This is in contrast to Taiwan which directly confronting strong China on the other side of the Strait and had been scrambling its fighter jets as well as its coastal and naval ships to respond to Beijing’s territorial incursions in its air defence identification zone (ADIZ) and contingent seas. By all means, such a threatening scenario does not apply to the South Korean case when comes to its relations with China. From these considerations, there is no compelling reason for the Moon Jae-in administration to intimidate China by willingly playing Washington’s game plan and stirred another round of economic reprisals from Beijing when it does not even have a fundamental security concern with the neighbour. The only game-changing plan, however, is the 2022 presidential election that may result in the conservatives gaining back power and adopt a hard-line stance on the nation’s national security policies. But until then, the Moon Jae-in administration is poised to face another big dilemma on its complicated position in East Asia.

Third, there is no question that China is bound to accelerate its own semiconductor development strategy and with that, Taiwan will be put in the spotlight due to its semiconductor prowess in the global supply chain. With TSMC currently the leader of the world’s semiconductor production, Taiwan remained to be China’s best bet to secure the best talents and technological know-how from the island to shore up its own chips’ invention and production. By all means, these two main aspects will be the focus of the Chinese counterparts such as Semiconductor Manufacturing International Cooperation (SMIC), when comes to producing 5nm semiconductor entirely by themselves and thereby, help China to overcome its semiconductor reliance on other countries. Within this crucial period, it remains to be seen if the US is able to do much more with the Taiwan authorities to respond effectively to these Chinese efforts instead of relying solely on Taipei to address them through the Act Governing the People of Taiwan Area and Mainland China and Trade Secrets Act. Any failure to coordinate successfully will be another step forward for Beijing to attain localised production for these semiconductors.