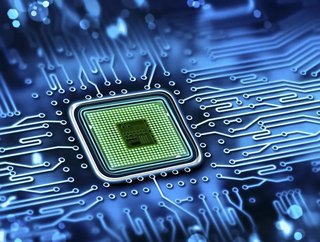 The US computer-chip maker Qualcomm says it is riding out the supply chain storm thanks to strong demand for 5G phones, especially in China.

Speaking to the investors at the fiscal fourth-quarter earnings call, Qualcomm chief financial officer Akash Palkhiwala said during Q4 the company allocated supplies to its most profitable businesses, favouring smartphones.

He explained that although Qualcomm was “supply constrained” it had taken the decision to allocate supply based on the profitability of the “strong” Q4 handset market.

Palkhiwala also pointed out that high-end smartphones are likely to be less impacted by supply chain issues than entry-level devices.

He said: “When our customers have supply mismatches they end up supplying the premium and high-end devices. This trend favors Qualcomm, since it serves the premium end of the market.”

Shortages are also an issue for Qualcomm itself, the CFO explained. “We do have constraints really across the board”, he said. He went on to explain that the company has responded both by finding secondary sources for some parts and also by expanding capacity.

Qualcomm CEO Cristiano Amon, meanwhile, predicted supply and demand will start to come into balance for the company during the second half of 2022.

Supply chain imbalances have also contributed to weakness in China, Amon said, but added that some of that weakness has been offset by strong demand for 5G devices.

Palkhiwala said that around 70 per cent of China’s consumers have upgraded to 5G phones, and that domestic manufacturers are favouring designs that give users more features.

“Oppo, Vivo, Xiaomi, Honor - all of our customers are moving up-tier and as they do so, this creates an incremental opportunity for us”, Palkhiwala said.

This year, Qualcomm has struggled to keep up with demand for its processor chips - used in smartphones and gadgets - because a chip shortage that first hit the auto industry spread to the electronics business.

The chip-shortage chain-reaction was sparked by the Covid lockdown.

With swathes of humanity unable to travel, car sales slumped by up to 50 per cent. Car makers responded by reducing orders for parts - especially computer chips, of which the typical modern car contains dozens.

At the same time, lockdown saw a surge in online orders for laptops and smartphones, as working from home became commonplace. There was a similar rush for games consoles.

This meant chip makers switched their focus from cars to smartphones, laptops and tablets.

The problem was as much one of demand as supply. Back in January 2021, the Semiconductor Industry Association said chip sales had hit $40 billion - up 13.2 per cent on the figure for January 2020.

But with car sales having now picked up again, chip companies are juggling priorities across their order books.

Qualcomm’s core market has always been mobile phones, but with increasing levels of connectivity in cars, it has been expanding aggressively into the automotive market.