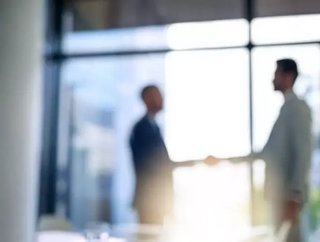 Roy Anderson will be responsible for managing the firm’s marketplace, in which Tradeshift aims for the CPO to act as “Chief Ambassador”.

Anderson will also ensure digital transformation across organisations and supply chains, as well as optimising the company’s network.

“Roy brings a wealth of procurement and supply chain experience and a passion for innovation,” said Tradeshift co-founder and CEO Christian Lanng.

“We’re very fortunate that he’s chosen to join us. His vision and proven ability to drive innovation will be a real asset as we continue to grow our commerce framework.”

During his wealth of experience within the industry, the CPO held the role of Manager of Electrical, MRO and Capital Procurement at Textron, as well as Director of Procurement Operations at Fidelity Investments.

Anderson then moved on to Director of Procurement at John Hancock Life Insurance Company, followed by the Vice President of Global Procurement at MetLife.

Prior to his current role, the Digital Transformation Officer worked as the CPO at State Street and then as the Executive Vice President of MetaProcure/GoProcure, before becoming a lecturer at Northeastern University.

“The role of the CPO is changing,” commented Roy Anderson.

“Yes, it is a pivotal operational position, but it’s really more than that today. It is evolving into a critical consultant role for CEOs and CFOs.”

“The mix of a company’s suppliers is an increasingly important source of operational strength and innovation. There’s no doubt that it is a competitive advantage.”

“The CPO’s role is to understand where advantages exist, determine how to best integrate those into an organization, and communicate how to get that accomplished among a company’s executive team.”