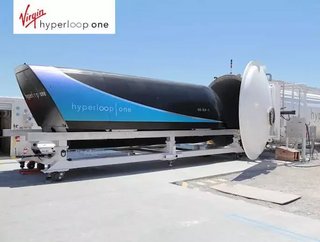 Richard Branson’s Virgin Group has invested in Hyperloop One system that can move people or goods at speeds of up to 670mph. As part of the deal, Bra...

Richard Branson’s Virgin Group has invested in Hyperloop One system that can move people or goods at speeds of up to 670mph.

As part of the deal, Branson will join Hyperloop’s board of directors, while the company will become known as Virgin Hyperloop One.

“This is an incredibly innovative and exciting new way to move people and things at airline speeds on the ground,” said Branson.

“With Virgin Hyperloop One, passengers and cargo will be loaded into a pod, and accelerate gradually via electric propulsion through a low-pressure tube.

“The pod quickly lifts above the track using magnetic levitation and glides at airline speeds for long distances due to ultra-low aerodynamic drag. We’re incredibly excited about the technology behind Virgin Hyperloop One and the way it could transform passengers’ lives.”

The system, which could be operational by 2021, will focus on passenger and mixed-use cargo service, in addition to the creation of a new passenger division.

If successful, it could dramatically cut travel times for commuters or freight forwarders.

For example, the almost 390-mile journey from London to Glasgow would be cut from the current time of four hours and 29 minutes to 42 minutes.

“We have a new ally in our mission to reinvent transportation, and it’s someone who’s changed the industry a few times already in his career,” said Shervin Pishevar and Josh Giegel, Co-Founders, and Rob Lloyd, CEO, Hyperloop One, in a statement.

“As part of the partnership, our company’s name will be changing to Virgin Hyperloop One over the coming months. Virgin and Hyperloop One working together presents a differentiated brand that’s instantly recognisable around the world and lends tremendous credibility as we scale.”