Maersk and IBM are bringing blockchain tech to the shipping industry 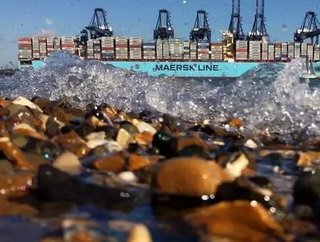 IBM and Maersk have just finished an end-to-end digitised supply chain pilot using blockchain technology. IBM has estimated that going entirely digital could save shipping carriers about $38 billion every year.

The blockchain will begin scaling a network of shippers, freight forwarders, ocean lines, ports and customs authorities later in 2017. Out of Maersk’s annual 70 million containers shipped, the goal is get 10 million of them using distributed ledger technology by the end of this year.

Maersk and IBM undertook a test case using avocados, shipped from Mombasa to Rotterdam. IBM calculated the cost of the moving the shipping container itself was roughly $2,000, with paperwork making up around $300 – between 15 percent and 20 percent of the total cost. This technology, therefore, has the potential to make massive, scalable savings in this area, amongst several others.

Speaking to IB Times, Ramesh Gopinath, a vice president at IBM said: "Every relevant document and approval was captured on the blockchain. It had to be a shadow by definition; customs are going to use whatever they are going to use as the standard process, but our system took it through the entire process.

"We are announcing this so we can now start to scale and get others to participate. This is a solution for industry, not just Maersk. Customs and other carriers will come on and they will all be running their own blockchain nodes. That will happen as part of bringing this into production later this year."

"Who runs nodes, who basically just engages the system, let's say, using a mobile phone or a web app or whatever - those are all things that we will understand as part of rolling this out. In terms of how soon, I can give you sense of what we are thinking. Some 70 million containers are shipped every year; we would love to get to 10 million containers by the end of this year. That is a goal that we have."

"In my view there are two classes of solutions you can have that transform the global trade world," Gopinath added. "One has got to do with everything around the flow of goods; the other is the flow of the money associated with it, the financing and all that. Both will eventually come together, but in this particular case, this is really putting foot forward in terms of the actual physical movements of goods, knowing where things are; where are my flowers, are my vaccines being kept at the right temperature and so on."